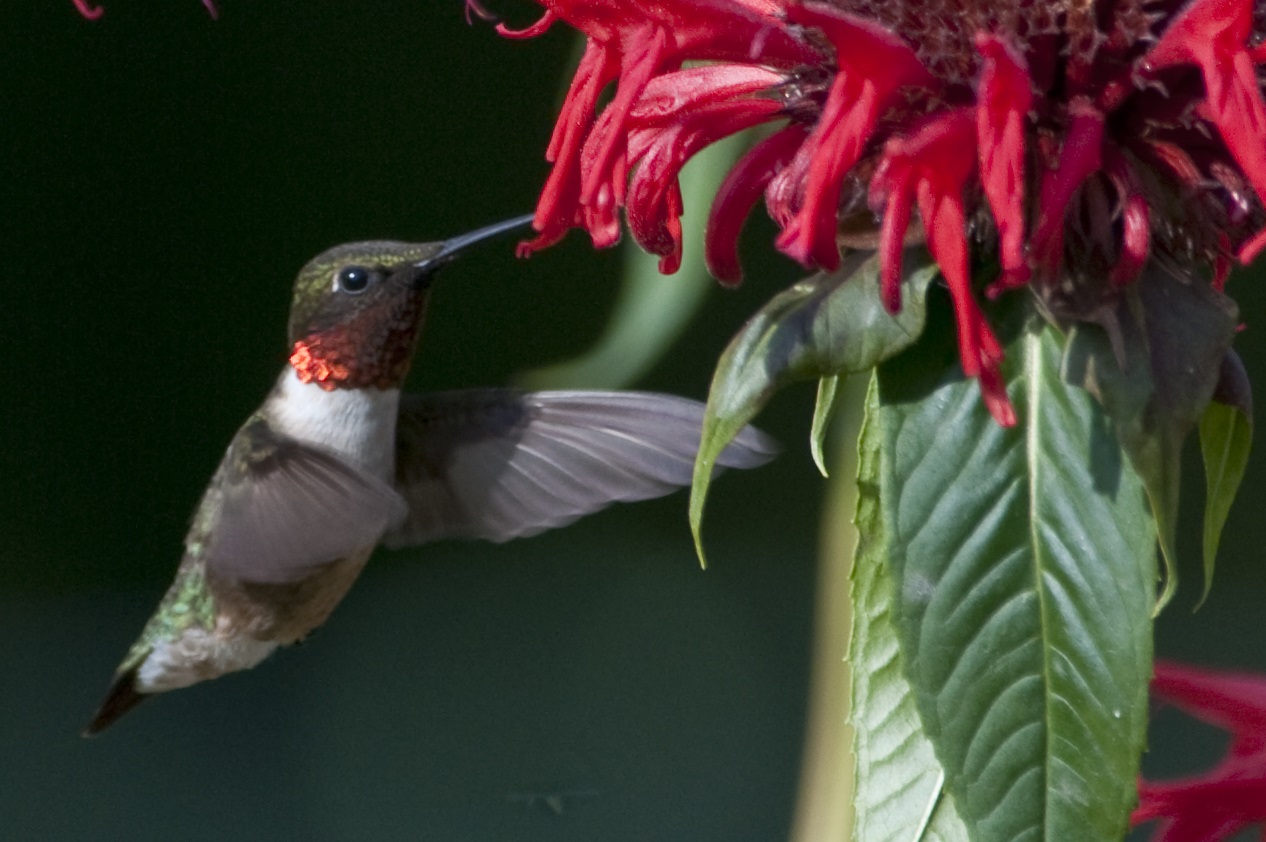 Many birders are drawn to their hobby by the aesthetics of colorful plumage: the iridescent glitter of a Ruby-throated Hummingbird as it flits between flowers; the vibrant blue of an Indigo Bunting singing from its power line perch; the brilliant red flash of a Scarlet Tanager atop a tree. The avian world seems to capture the full range of nature’s palette. But birders have a constraint: their human eyesight. Biologists now know that birds are more colorful to each other than we can imagine.

Avian eyes are highly adapted for color vision; unlike humans, they can see ultraviolet light and distinguish a greater number of colors within our own visible range. But only recently have biologists begun to apply an understanding of the bird visual system to behavioral research. The ability to perceive UV light affects most aspects of bird behavior­­­­—from how they feed and choose mates, to how they react to urban environments and live in captivity. But our interactions with birds extend beyond laboratories and passive observations. Where our habitats overlap, taking a literal bird’s eye view can decrease the odds of a harmful interaction.

A long history of studying UV perception in animals only recently led to birds. By the late 1800’s, scientists had described UV vision in some insects. Sir John Lubbock, an influential gentleman scientist and staunch Darwin supporter, exposed ants to light separated into a rainbow of colors with a prism. Ants typically carry their young away from light. In Lubbock’s experiment, the ants fled from every color except red, including a region beyond violet (highlighted with color pigments that fluoresced under UV light for the benefit of Lubbock’s hominid eyes). This behavior indicated that ants could not see red, but could perceive UV light.

Butterflies and bees have similar ranges of vision, and many flowers, dancing an evolutionary tango with their pollinators, have patterns visible only under UV light. These “nectar guides” essentially serve as runway lights for approaching insects. But, despite this evidence of UV vision elsewhere in the natural world, the brilliant coloration of many bird species led biologists to the false assumption that birds share the same visual experience as humans.

“My guess is that it simply didn’t cross anyone’s mind that [birds] might see color differently from us,” said Innes Cuthill, Professor of Behavioral Ecology at University of Bristol, UK. Humans, he added, tend to have a difficult time looking beyond our own sensory experience of the world.

That changed in the 1970’s, when German zoologists Dietrich Burkhardt and H.H. Huth used operant conditioning to study hummingbird vision. Hummingbirds, like UV-seeing bees and butterflies, feed on nectar, making them logical study subjects. In the experiment, the hummingbirds learned to peck at a UV-reflective panel, instead of a non-UV panel, to receive food, proving their ability to distinguish between the colors.

Over the following two decades, an accumulation of studies demonstrated that hummingbirds are not unique. In fact, scientists found that birds active during the daytime (the vast majority of species) are sensitive to UV light. Distinguishing colors is not important for owls and other nocturnal birds; accordingly, they do not possess UV vision.

In subsequent years, researchers used increasingly sophisticated techniques to study bird vision. In addition to behavioral studies like Burkhardt and Huth’s, researchers looked for physical evidence in the eye. Scientists used gene sequencing to identify proteins that correspond with UV vision and machines called microspectrophotometers, which shine light through retinal cells and measure which wavelengths get absorbed.

An organism’s individual perception of color depends on the structure of its nervous system and how it processes information conveyed by light. E.J. Maier and J.K. Bowmaker confirmed the structural mechanism behind birds’ UV vision, a UV-sensitive cone, in 1993. In contrast to humans, who have three types of color-processing cone cells in the retina, most birds have four. The fourth cone responds to wavelengths in the UV range.

Once researchers established UV vision in birds, they began to study how it affects their behavior.  New research on UV vision triggered a sea change in the way biologists understand mate choice in birds. In many species, the male and female look different.  Typically, as with Northern Cardinals, the male is bright and conspicuous while the female is comparatively drab. Other species are sexually monochromatic, meaning males and females have identical coloration. The phenomenon had been an ornithological puzzle for years.

In 1998, Cuthill and a team of researchers from the University of Bristol found that many monochromatic species look different under UV light. Male and female Blue Tits, a European relative of chickadees, look the same to us—they have yellow breasts, a white crown, a black necklace, and blue wings, tail feathers, and crests. But the team’s laboratory tests showed that parts of the males’ crests, crowns, napes, backs, and tails reflect UV light. In their experiment, female Blue Tits preferentially chose males with brighter UV crests by hopping in front of them repeatedly—­an act symbolic of bird love.

Highly adapted color vision is a boon to birds in their own niches, but when they enter human habitats, the differences in their visual systems can prove deadly. Birds cannot see glass, and according to the U.S. Fish & Wildlife service, building collisions kill anywhere from 97-970 million birds each year—the largest cause of population decline after habitat destruction.

Now, companies and conservationists are applying the knowledge garnered from bird vision studies to make cities more navigable to birds. In 2006, Arnold Glas, a German glass company, began manufacturing a UV-reflective glass called Ornilux. Drawing their inspiration from spider webs, which reflect UV light to deter birds from flying into them, the company patterned the glass with a UV reflective coating that prevents bird collisions but is nearly invisible to humans. In laboratory tests, 70% fewer birds collided with Ornilux than with an adjacent pane of conventional glass.

Since then the glass’s popularity has grown, as cities around North America like San Francisco, New York, Toronto, and Calgary have adopted bird-friendly design guidelines. In 2009, the Bronx Zoo installed Ornilux glass at its Center for Global Conservation.

Captive birds, too, experience the incompatibility of human and bird sensory systems. Poultry farms and zoos typically keep birds under light bulbs designed around human vision, which does not include UV light. For zoos with captive breeding programs, the role of UV light in mate selection is a particularly important consideration. UV does not necessarily impact birds more than any other color, but it is at least equally important. Researchers are actively studying whether excluding UV wavelengths from captive birds negatively affects their wellbeing. At the Lincoln Park Zoo in Chicago, all bird enclosures have UV-penetrable skylights.

Our experience of reality is simply a construct of our various sensory systems, said Martin Stevens, group leader of the Center of Ecology and Conservation at University of Exeter. The particulars of that construct vary across the animal kingdom, reflecting the diversity of life.  The recent flurry of interest in studying how animals obtain information from their environments represents a significant perspective shift in the field of biology.

Human experience is no longer the touchstone of the natural world. “What we see isn’t the reality,” Stevens said.