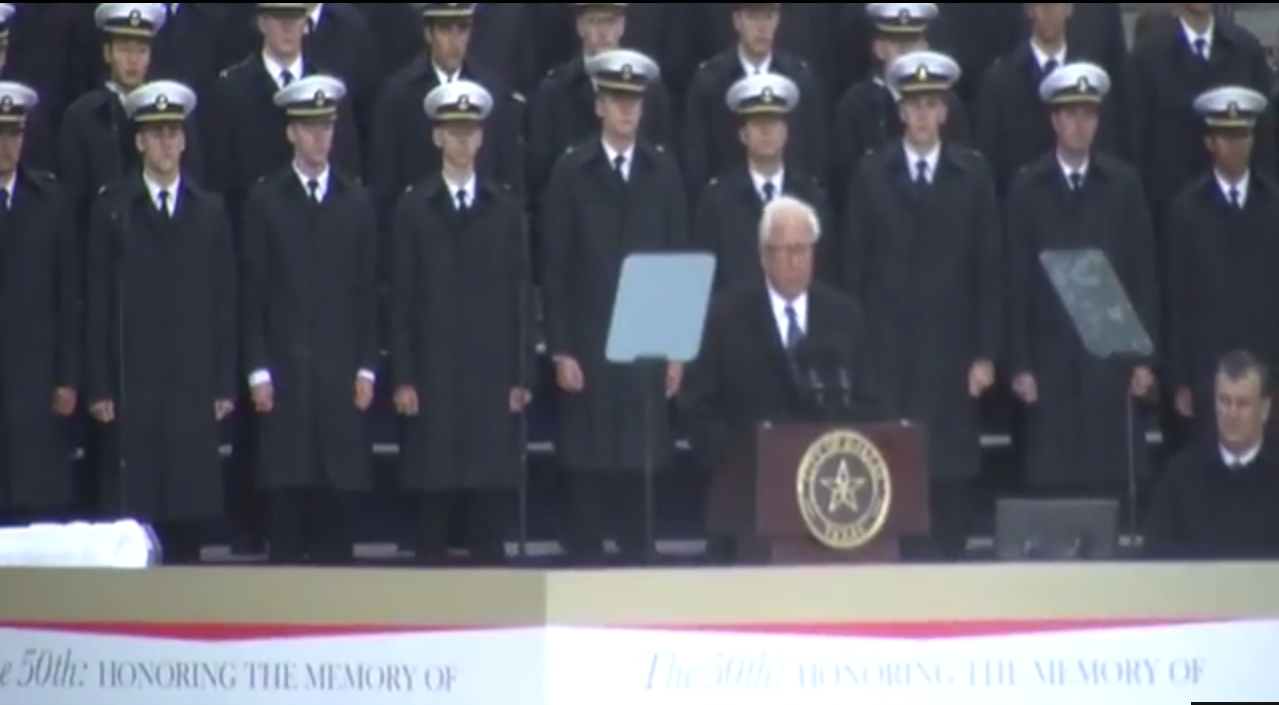 Friday marked the 50th Anniversary of the John F. Kennedy Assassination in Dealey Plaza. A ceremony was held in commemoration of the the President and his Legacy. Patrick Thomas was there for the story.

Memories of Emotional Time at Cathedral 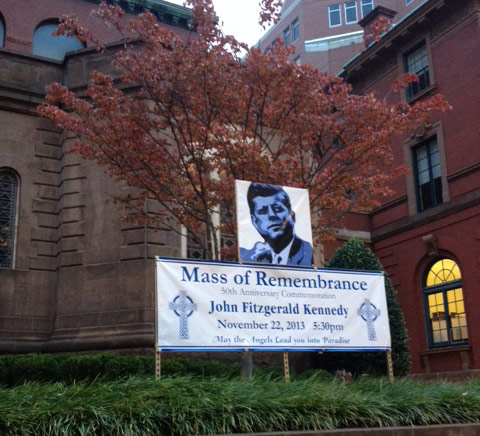 AUDIO: On a chilly and overcast Friday afternoon in Washington, DC, appropriate for the mood surrounding the 50th anniversary of the death of the 35th president, a crowd filed into St. Matthews Cathedral for a Choral Mass of Remembrance.

Slideshow: Members of the Kennedy family gathered at Arlington National Cemetery this morning to lay a wreath at the grave site of President John F. Kennedy. Photos by Taylor Hartz, BU News Service. 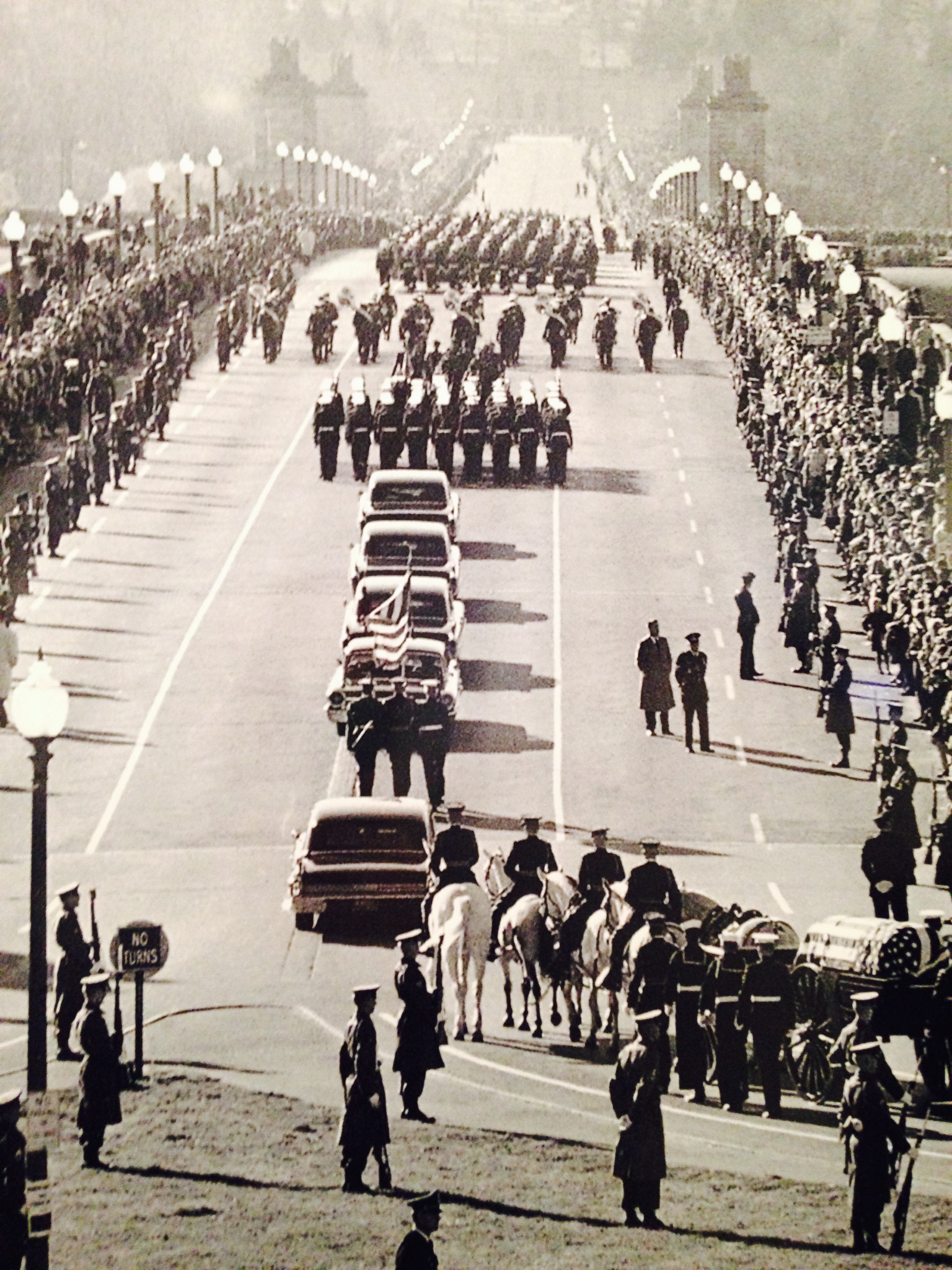 Artifacts from the days following the assassination of JFK are for the first time on display at the John F. Kennedy Presidential Library and Museum in Boston as part of the exhibit “A Nation Remembers.”

Peace Corps:
A Profile in Volunteerism 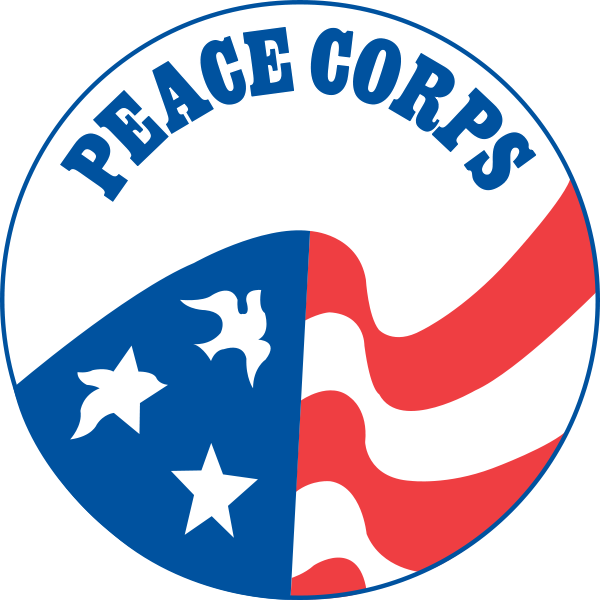 The Peace Corps, which has it roots in JFK’s call to service, was founded in 1961. As the world has evolved, so too, has the organization.

A Lost Monument on Bowdoin Street 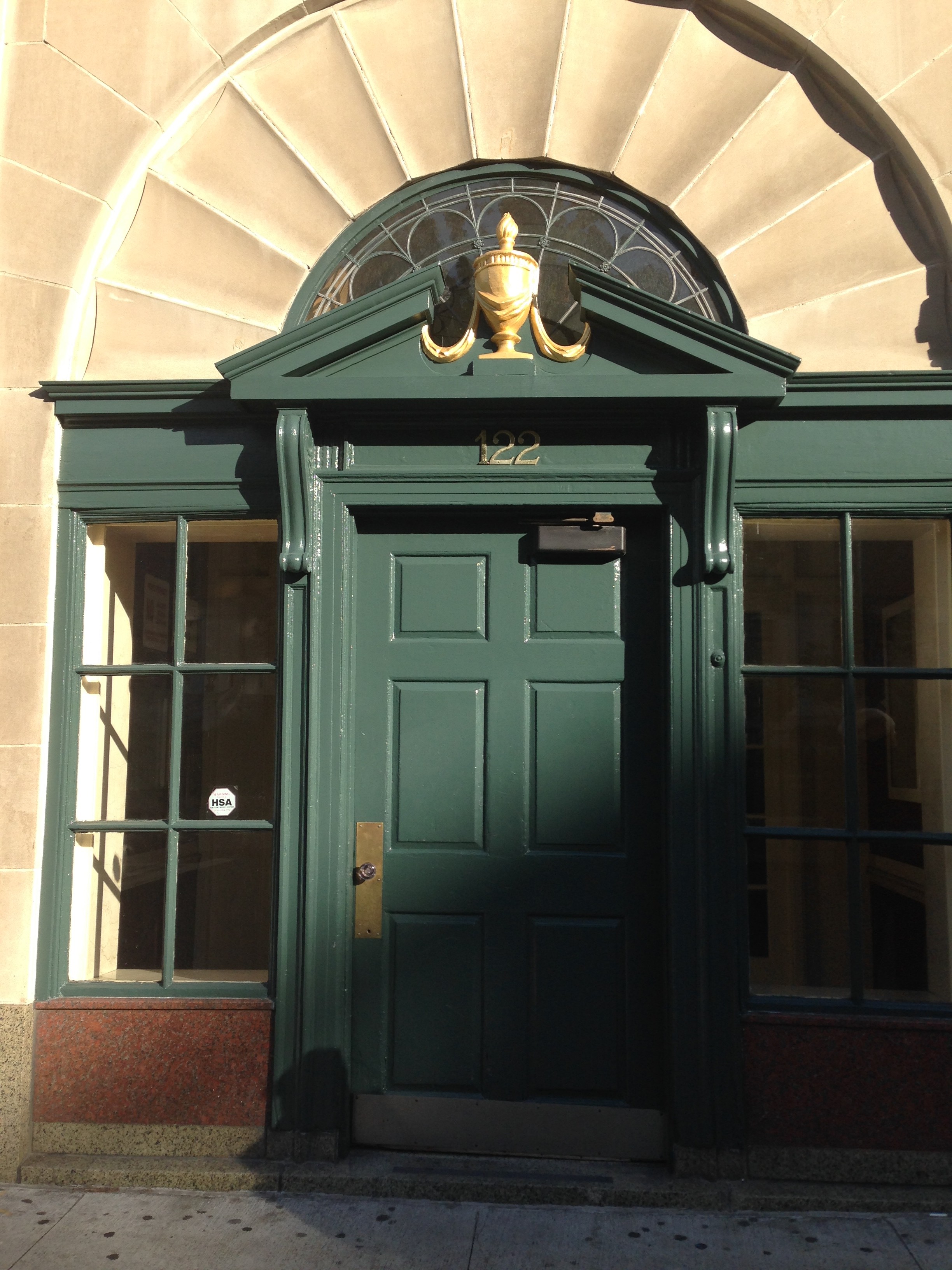 To the average passerby, President John F. Kennedy’s residence during his early years in Boston is just another apartment building in Boston. 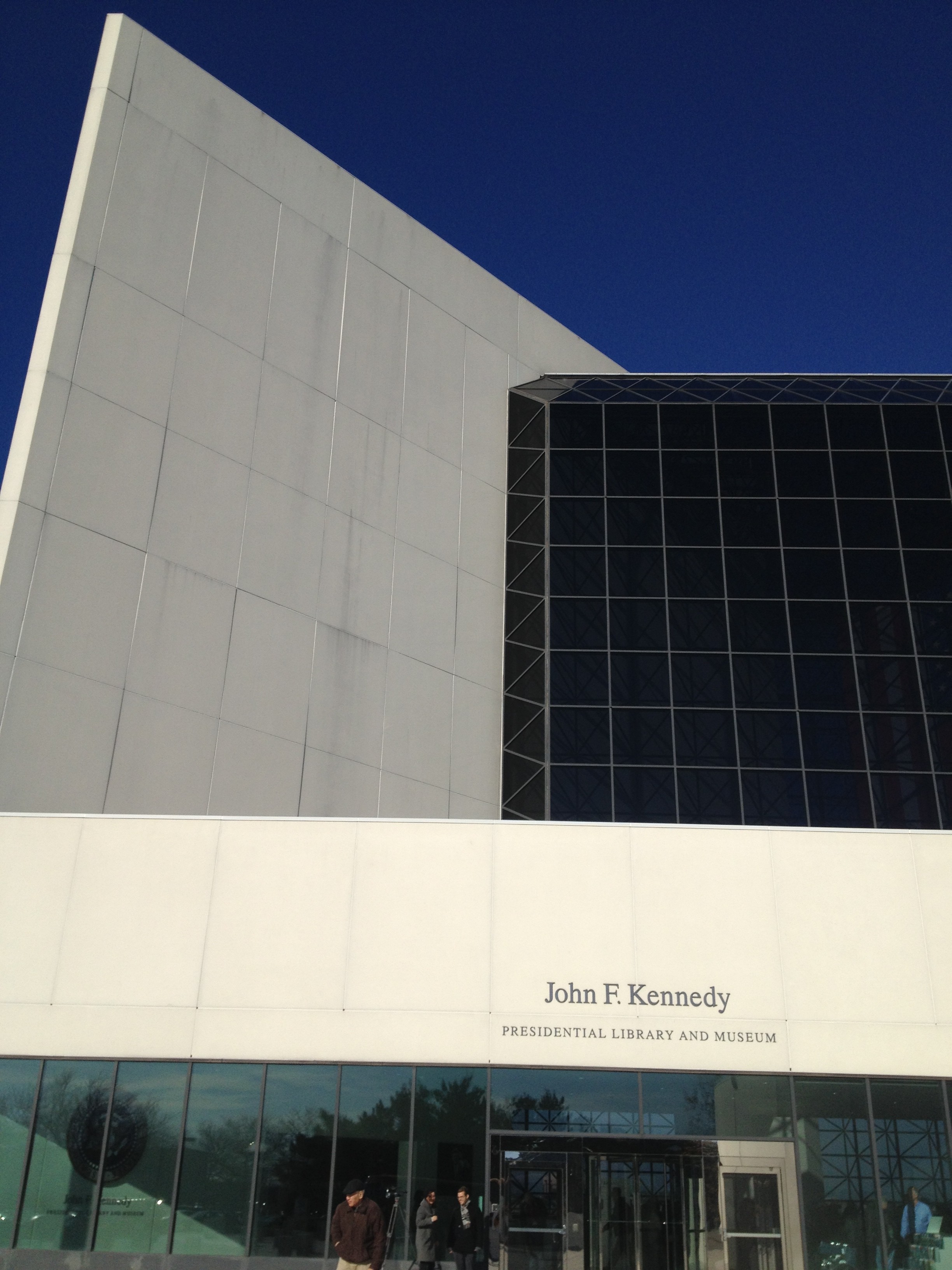 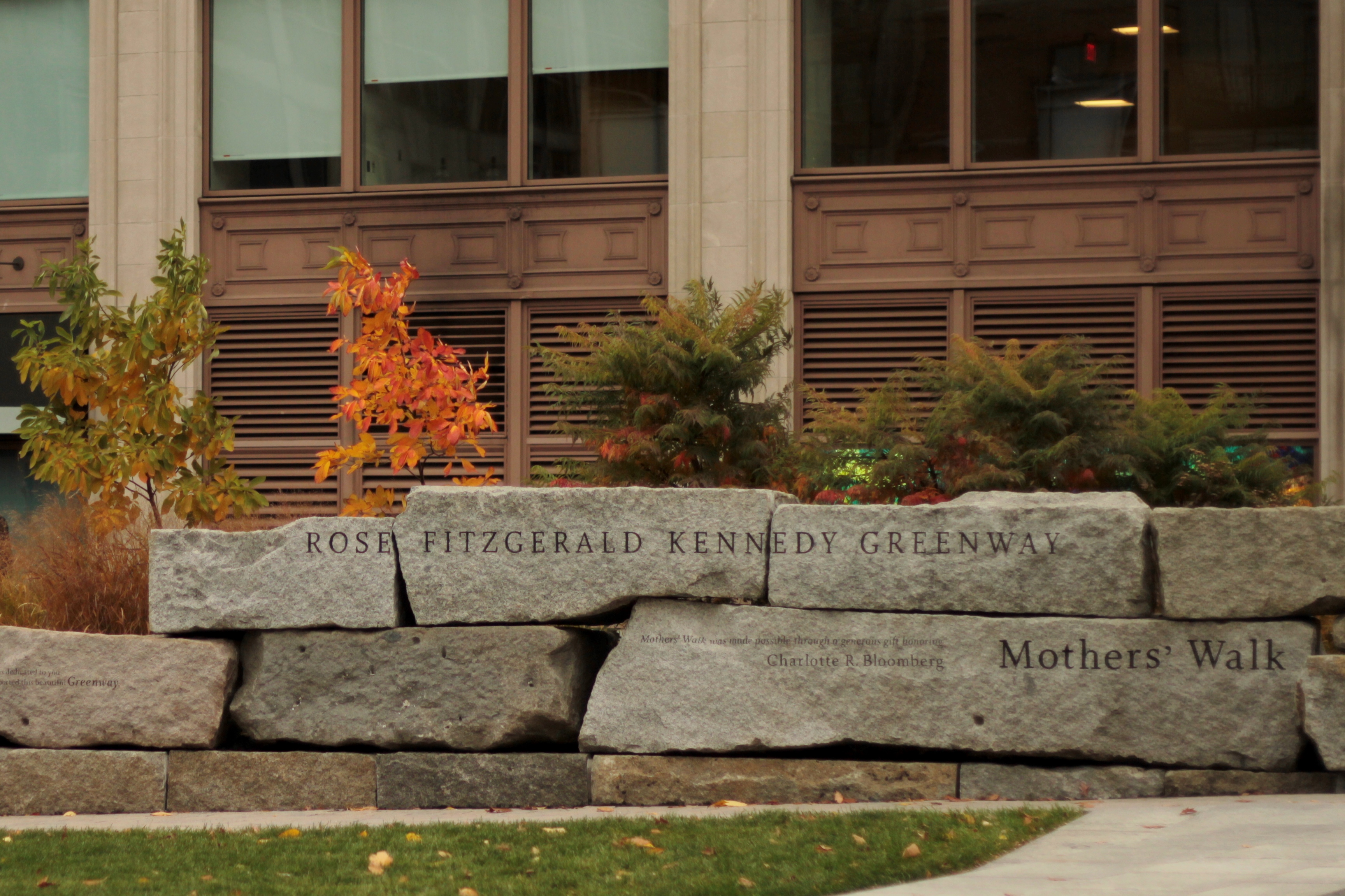 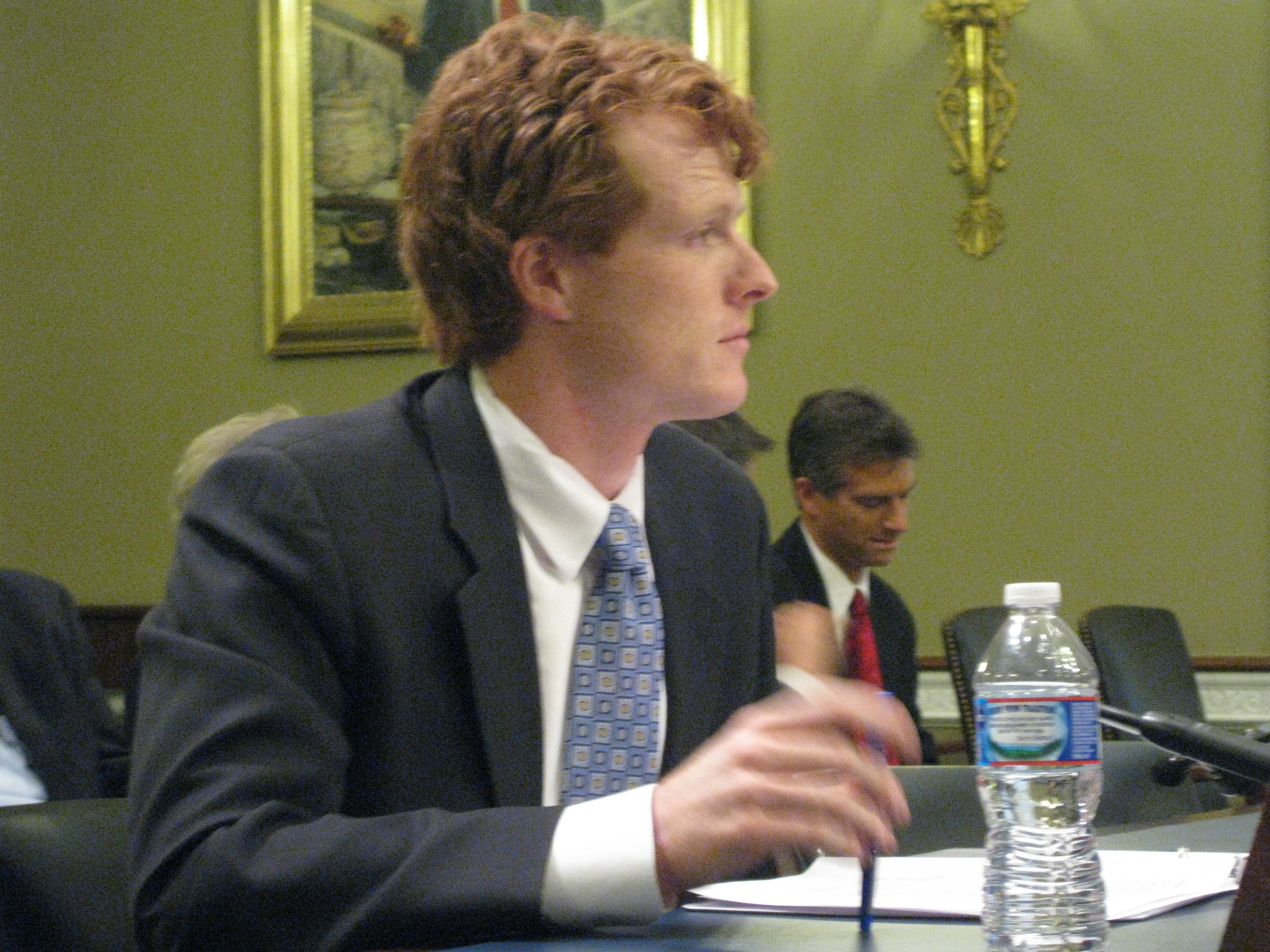 A day before the 50th anniversary of the assassination of President John F. Kennedy, Rep. Joseph Kennedy III, D-Mass., testified before a House subcommittee on behalf of a bill to commemorate the Peace Corps.