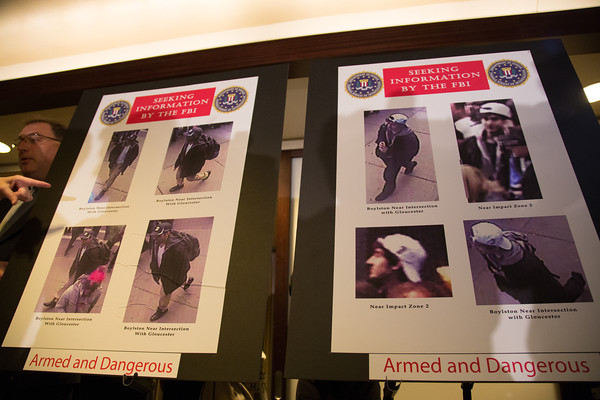 April 18, 2013 – Display boards containing images of the two suspects in the Boston Marathon bombing case were made public during and FBI press conference on Thursday afternoon. FBI Special Agent Richard DesLauriers, the agent in charge of Boston, announced the release of images and video footage of the two suspects in the case at the Sheraton Boston. Photo by Alexa Gonzalez Wagner.