JP Program Aims to Get Runners Off on Right Foot

JAMAICA PLAIN – When Owen Kendall entered Boston University’s School of Medicine in the fall of 2010, he was tired of padding his résumé. Like others attempting to get into medical school, Kendall had worked in labs and done research, but after moving to a different state and starting school, he was ready to take part in something that he actually had an interest in doing.

Kendall helped form Forest Hills Runners, a community running group based in Jamaica Plain, in April of 2011. For Kendall, however, creating Forest Hills Runners was not just practice in organizing a group of people focused on exercise; it also served as a way to encourage individuals to create a community that would support both mental and physical health.

“I had all this energy for doing things that I wanted to do, that I just really wanted to be involved in,” said Kendall, now in his third year of medical school. “I wanted to donate my time and energy to something I believed in, and something that was actually important to health.”

It helped that Kendall, who did not participate in group running until 2009, had experienced the importance of a community environment in running when he was going through a challenging time in his life.

In March of 2011, the first announcement on foresthillsrunners.org went up. In two short paragraphs it described the group aimed at developing a community that members could talk with and exercise with no matter what previous experience they might have.

As the date for the first run neared, Kendall placed fliers around Jamaica Plain, Dorchester and Franklin Park, spread the word at health centers where he worked, and chased down runners in an attempt to get them to join.

Despite his effort, the initial results were slim. Just a few medical students showed up. However, two years later, it has expanded to three runs per week and more than 200 Facebook page fans.

For Kendall, the lessons learned in the running group go beyond health and exercise, as running teaches people to work harder and become stronger.

“Running is the perfect metaphor for life,” Kendall said. “It is amazing. If you run every single day, you will get better at it. You don’t have to run a lot every day. You just have to run a little bit … you’ll become stronger.” 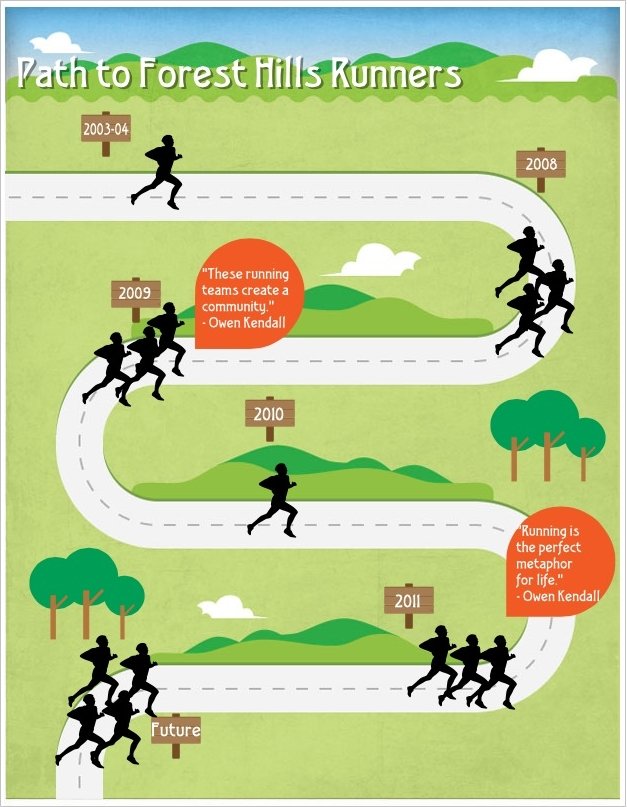