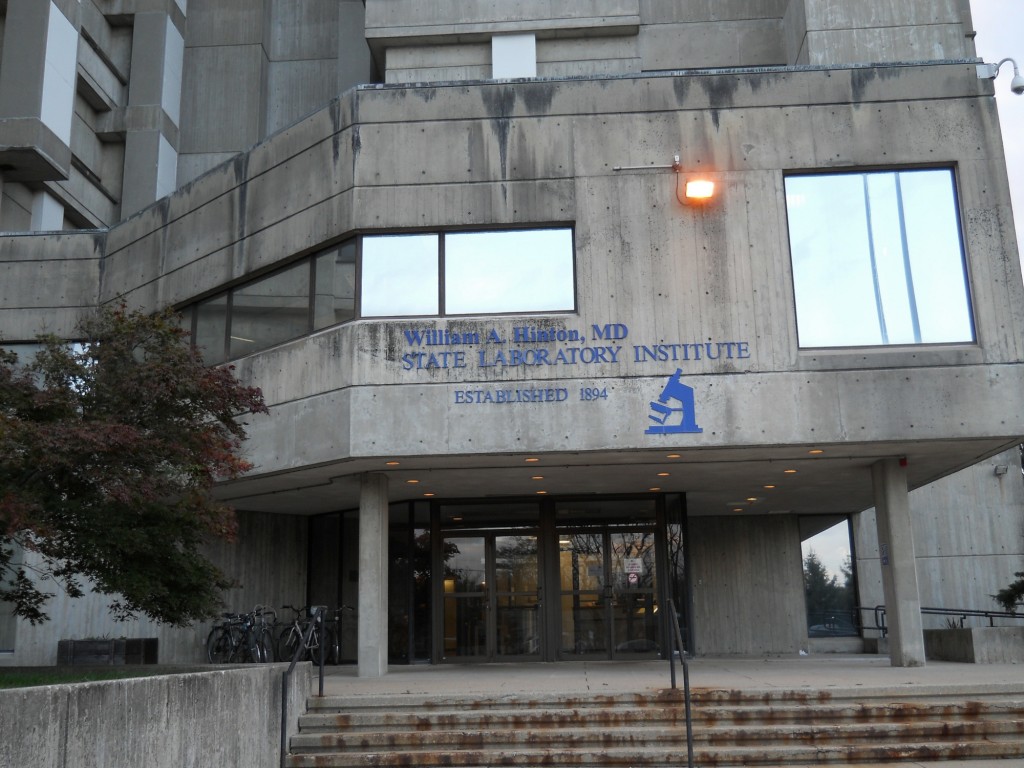 JAMAICA PLAIN — The fallout from the Department of Public Health drug lab scandal here is changing the lives of convicted criminals, including a drug dealer who was released last month and then re-arrested on Friday. Yet, some in the Jamaica Plain community only recently became aware of the lab’s existence.

“I have no idea where it’s located, and I had never heard of it until the news,” said Eric Foss, 28, of Jamaica Plain. Foss described the facility as “not very integrated into the community.”

That is a sentiment many residents shared while the court is reevaluating over 1,150 cases in which evidence was tainted by the drug lab. The state drug lab in the William A. Hinton State Laboratory at 305 South St. was closed in August due to mishandling of criminal evidence. The building also serves as a public health center.

Former state chemist Annie Dookhan, 34, of Franklin, Mass., has been charged with two counts of obstructing justice and lying about holding a degree from a college or university, according to Attorney General Martha Coakley at a news conference in late September before the arraignment of Dookhan. Dookhan lied about holding a master’s degree in chemistry from the University of Massachusetts Boston while under oath, according to Coakley.

Dookhan has since posted the bail of $10,000 set by Judge Mark Summerville, according to court documents. She is required to wear a GPS monitoring system and is barred from contact with former colleagues who worked at the drug lab.

Many of the drug cases handled by the lab have been reopened due to mishandled evidence, but whether or not the lab itself will reopen has not yet been determined. For example, drug dealer and convicted rapist Marcus Pixely, 52, was released from prison in September due to the tampered evidence studied in the Jamaica Plain lab. He also has prior convictions for armed robbery, battery, assault and larceny.

Pixley disappeared, however, in early October after failing to appear for a court hearing; he was apprehended days later and released on bail. On Friday, though, bail was revoked after Pixely tested positive for cocaine that day — despite being ordered to remain drug free — and Pixely was taken back into custody, according to news reports.

“That’s really horrifying. That should not happen,” said Vessi Yordanova, 23, referring to the actions of Dookhan over her nine-year career at the facility.

Yordanova has lived in Jamaica Plain for two years but said she never heard of the drug lab until the scandal. “Maybe that’s why [the lab] wasn’t taken seriously. It was in the wrong environment,” she said.

Similarly, Verne Wilkinson, 33, said, “I was surprised that it’s in a residential area and not downtown and close to government offices.”

Wilkinson, who works at a gift shop aptly named “On Centre” on Centre Street, has made Boston her home since she attended college downtown at Emerson. She said that she, too, had no prior knowledge of the lab.

Yet other residents value the location of the lab. Tori Furtado, 20, has lived her whole life in Jamaica Plain. “I think it’s a good idea. You don’t want to separate a technical federal facility from communities. But I do think it is strange that it isn’t in a corporate area,” she said.

Movelle referred to the level-three bio-lab overseen by Massachusetts Health Commission, which is being built within 4,000 feet of the Hinton State Laboratory.

This article was also featured on boston.com