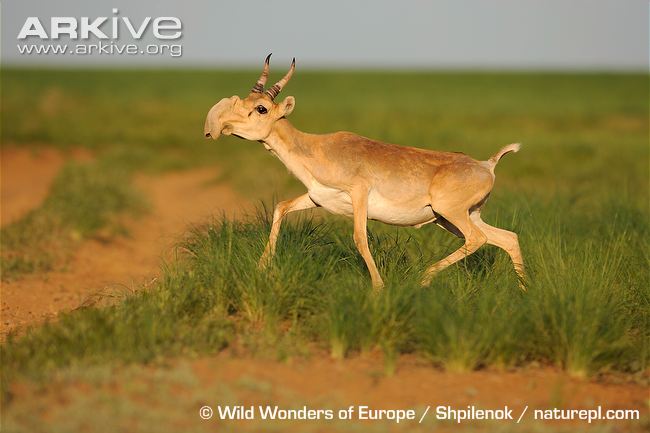 The saiga antelope is a throwback to the Pleistocene, that strange, cold time in mammalian evolution that gave birth to such bizarre forms as the mammoth, saber-toothed cat, and giant ground sloth. In recent history, herds of saiga occupied the whole of the Eurasian steppe region, f 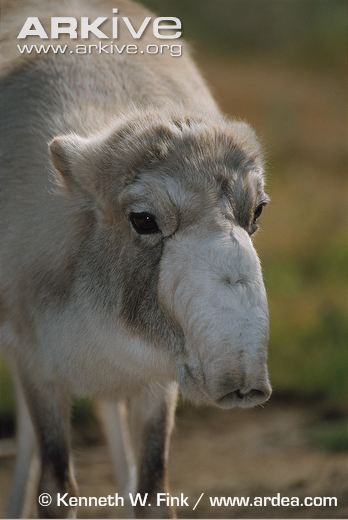 rom the Carpathians to Mongolia. But recent challenges have reduced their herds to a handful on distinct populations in Russia, Kazakhstan, and Mongolia.

The saiga’s most prominent feature is its over-sized, drooping proboscis. This odd nose filters dust and warms and humidifies harsh desert air. Otherwise, the saiga is like modern antelope species in many ways. The males grow horns and often fight to the death over females during rutting season. Large herds of saiga migrate nomadically, grazing on a variety of plants including ones that are poisonous to other herbivores.

Saiga conservation was once a well-funded concern for the Soviet Union, and their herds reached nearly one million individuals. In recent decades, a network of conservation groups have done their best to maintain numbers, and saiga countries have designated reserves. However, habitat loss, disease, and poaching have led to the most precipitous decline ever observed in mammals. It should come as no surprise that their horns are valued in traditional Chinese medicine. The IUCN Red List classifies the Mongolian saiga as endangered and the Russian as critically endangered — one rung above being extinct in the wild.