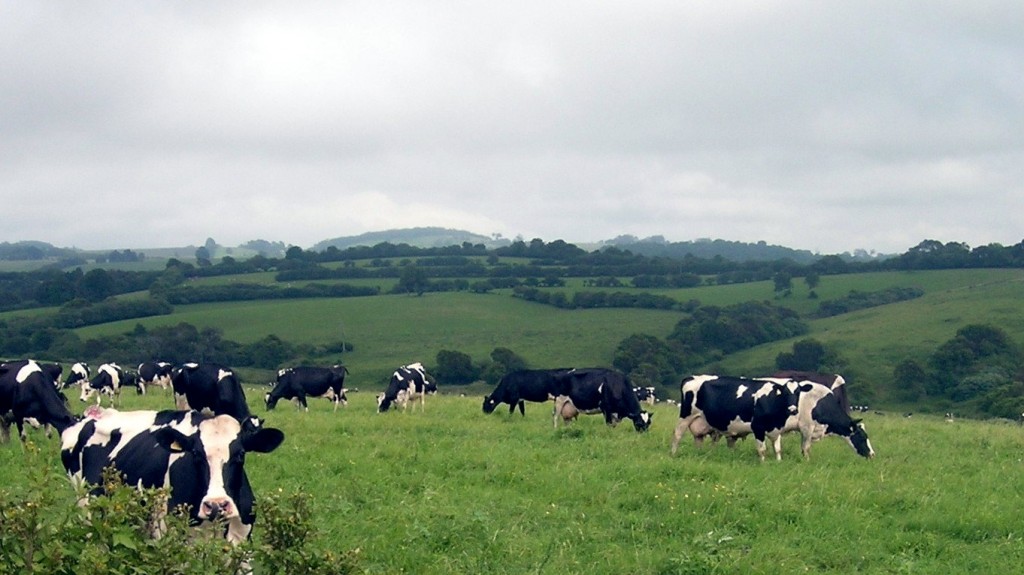 WASHINGTON —When legislation governing the nation’s farm programs, passed in 2008, expired at the end of September, almost three-quarters of its provisions – notably food stamps and federal crop insurance – stayed intact, since they largely involve mandatory programs for which Congress extended funding through the current 2013 fiscal year.

But dairy farmers found themselves without a safety net.

Since Oct. 1, dairy farmers in Massachusetts and across the country have been without the Milk Income Loss Contract – MILC – program, a subsidy that compensated dairy farmers when milk prices dropped below a set level. The program expired along with the Food, Conservation and Energy Act of 2008, commonly referred to as the farm bill.

Due to disagreements between the Democratic-controlled Senate and Republican-dominated House, Congress failed to pass new legislation before adjourning in September for the fall election campaign, leaving the task to the current “lame duck” session.

If a farm bill fails to pass before the 112th Congress adjourns for good at the end of this month, legislators should draft a short-term fix for dairy producers, declared U.S. Rep. James McGovern, D-Mass., who sits on the House Agriculture Committee.

“We got a figure out a way to make sure our dairy farmers don’t get the short end of the stick,” said Mr. McGovern. According to a 2011 report from the U.S. Department of Agriculture’s New England office, the Bay State had 13,000 milk cows, which produced 220 million pounds of milk annually.

“Honestly, I don’t know how the process is going to proceed, I don’t think anybody does,” said Mr. McGovern added in an interview. “It remains to be seen where the farm bill fits in terms of the priorities of the Republican leadership here in the House. Up to this point they haven’t wanted to talk about it.”

Currently, there are slightly fewer than 200 dairy farmers in Massachusetts and most of them participated in the MILC program, said John Devine, a program specialist with the Massachusetts Farm Service Agency – a branch of the USDA. Dairy farmers rely on government aid because the price of milk can swing greatly.

In fiscal year 2012, which ended Sept. 30, the Massachusetts Farm Service Agency allocated $1.1 million in MILC subsidies to dairy farmers in the state. The amount made up 16 percent of the agency’s total agricultural disbursements for the year, according to Mr. Devine.

Milk prices have risen since last summer: In October, milk sold for $21.10 per hundredweight (approximately 12 gallons), up from $16.20 in May. However, the price of feed, such as corn and soybeans, also has risen this year due to one of the worst droughts in decades in key Midwest farming states.

Even with the high price of milk, the MILC program was needed this year to help New England farms offset their losses, said Alan Everett, chairman of the dairy committee of the Massachusetts Farm Bureau, which lobbies on behalf of farms in the Bay State.

“Right now, the milk pricing seems to be wide fluctuations,” said Mr. Everett. “We have a good year then we have a fair year, then we have a couple bad years. It’s not very regular.”

Mr. Everett and his wife, Terry, own Hemingway Hill Farm in Williamsburg, just west of Amherst. He said their farm received upwards to $700 a month from the MILC program in the months before the program expired.

“For dairy farmers it’s really not so great right now because we have to buy those inputs for the cows,” said Mr. Everett, referring to feed. He tends to around 30 dairy cows on his farm at any given time, and has been producing milk since 1981.

“In the Midwest where they can grow their own grains, it’s not so bad for them,” Mr. Everett explained. “In Massachusetts and New England, there are a lot of us farmers who aren’t growing our own grains and we’re hurting.”

In July, the Senate passed its version of the farm bill, which sought to tackle the uncertainty of milk prices with a new regimen designed to replace the MILC program. Under the Senate provision, farmers would be able buy into an insurance program that would cover farmers if their milk production cost rose to $4 or more above the sale price per hundredweight. Another provision would require participants in the program to cut production by 2 to 3 percent when there is an oversupply of milk that causes prices to drop.

“It’s an attempt to try to bring supply and demand more into line,” said Everett, who suggested that such a system could bring greater stability to the price of milk.

The bill also extended the MILC program until June 30, 2013, providing for a transition period for farmers before they decide on whether to buy into the new insurance program.

But the U.S. House has yet to take up its version of the farm bill; in that chamber, the legislation has been stuck between conservatives who want greater cuts in a number of agricultural programs, and liberals who object to large cuts in the food stamps – now known as the Supplemental Nutrition Assistance Program.

A version of the farm bill that cleared the House Agriculture Committee last summer contains the same insurance-based milk program that passed in the full Senate. However, the House committee legislation does not include an extension of the current MILC program. Instead, farmers would retroactively receive MILC payments until the new program is implemented.

If some form of dairy legislation does not pass Congress before the end of the year, the country would revert back to agriculture policy from the 1940s, called parity pricing. This would require the government to purchase milk above market rates, driving up its price, Mr. Everett noted.

“I think there will be a bad backlash if they don’t” pass a new farm bill, Mr. Everett said, pointing out that “people get upset when the price of milk goes up in the store.”

He added with a chuckle, “I don’t, but it doesn’t make me very popular.”