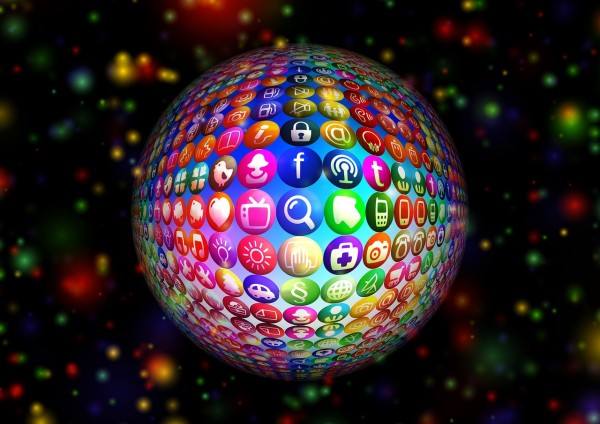 “Life was so simple when apples and blackberries were fruit, a tweet was the sound of nature and facebooks were photo albums.” This quote by Texan author Carl Henegan has made several rounds of my social media newsfeed over the past few years. I’ve never read a book by Henegan, but those golden words have made me a fan.

Being old school, I’ve always been late to the social media party. Sometimes I wish I had never even arrived. I got my first cell phone, a Motorola Razr that flipped open, at age 18 and still used one of those clunky personal computers, until it broke down and I had to get my first laptop three years ago.

One could argue that just like technology is a neutral tool – neither good nor bad – social media is the same, depending on how you use it. The reality is, there’s more bad than good.

We, as humans, are conscious about our place in society and what people think of us, Facebook feeds into that whole notion of social perception. With every log in, users get to choose the life they want to portray to their so called “Friends,” even if it only resembles their own vaguely.

Social media tools like Facebook and Instagram, “unknowingly,” encourage people to lead this fabulous parallel life in the virtual world because it’s so much easier to share those pictures from a latest Euro trip than it is to tell your friends you got laid off.

In that respect, the 2010 documentary film ‘Catfish’ revealed the unhealthy extent people can go to on social media. The movie revolves around a photographer, Nev, who develops a romantic relationship with a young woman named Megan on Facebook. After nine months of constant contact, he finds out that Megan was the creation of a much older woman, who controlled multiple fake Facebook accounts. Though an extreme case, this just goes to show how easy it is to live a lie on social media.

And what about those 500-odd people we call “Friends?” Unless, you’re the most sociable person on the planet, it’s not physically possible to have as many friends as our Facebook profile suggests. Acquaintances, people we’ve only met once or maybe never, friend of a friend, they all add up to lead one to believe that they’re socially accepted and popular.

What is amazing is how a tool called “social” media does more to socially handicap us than facilitate healthy interaction. Constantly engaged with smartphones, one can’t help but randomly scroll down their newsfeed or check the latest tweets, even when amongst friends or at a party.

Because of the need to check-in at places and post a status after every hour, real-life interactions take a back seat and we forget to live in the moment, so to speak.

Facebook and Instagram also promote an unhealthy trend of narcissism.What defines self-love and vanity better than a selfie? By making it simple and easy for people to showcase their private lives and achievements for the entire world to see and judge, social media goes a long way to promote self-publicity. If nothing else, Facebook and Twitter elevate their users to become their own PR managers.

Marital relations have also been a victim of this social media frenzy. A recent study published in the journal “Computers in Human Behavior” found a correlation between Facebook usage and the increased divorce rates in the U.S. As Quentin Fottrell reported for MarketWatch, a 2011 University of Texas at Austin survey revealed that 32 percent of heavy social media users said they seriously considered leaving their spouses, compared to the 16 percent who don’t use social networks. Whereas in the U.K, one-third of divorce filings contain the word “Facebook,” according to a survey by Divorce Online, a legal services website.

But the worst part is, there’s no getting away. I know many people who have deactivated and deleted their Facebook accounts, only to come running back. Human curiosity pulls users into this whirlpool of social media madness. It becomes an addiction and a popular destination while procrastinating.

So, when Facebook’s 1.32 billion users find a moment to log out, I hope, for their sake, they ditch that ‘Like’ button and express their approval in real words.