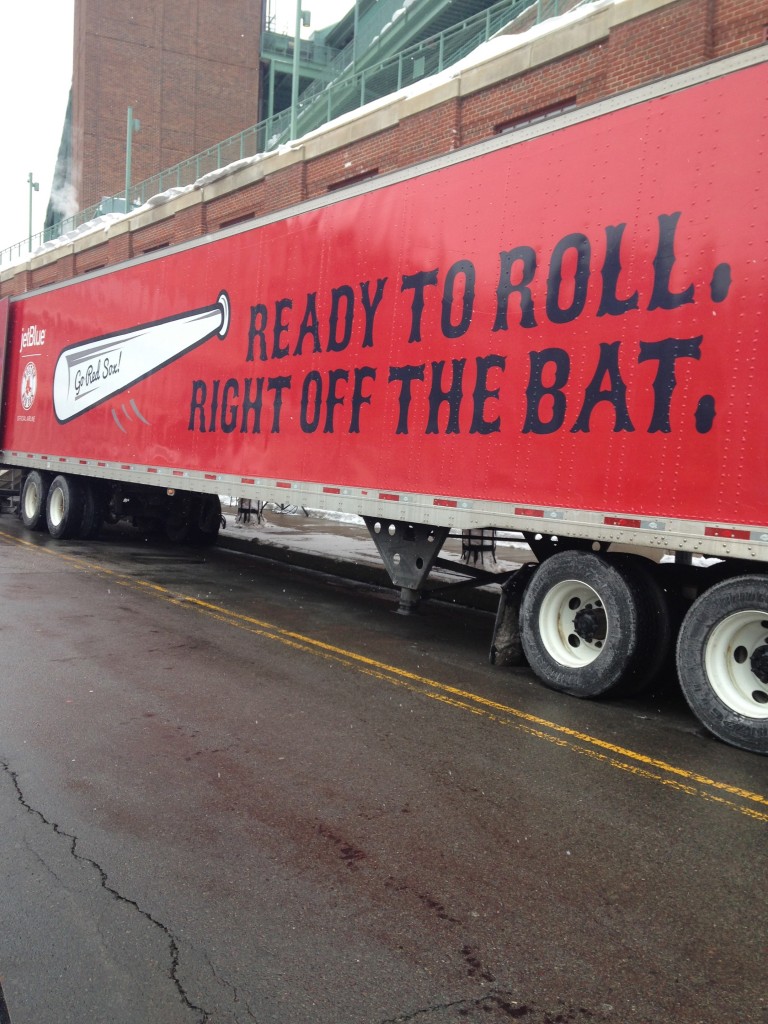 With a cold, snowy morning in Boston came the first sign of spring.

The Boston Red Sox packed an 18-wheel truck with baseball equipment, accessories and other important items and headed to Fort Myers, Fla., where the team begins spring training next week.

“[The fans] are looking for hope, they’re looking for a sign of spring, they’re looking for the first worm.” said Red Sox executive vice president Dr. Charles Steinberg. “When the truck is loaded and it’s headed to Florida, and you know that you already have 22 ballplayers there waiting for this truck to arrive, it makes winter, if not more tolerable at least we know spring is around the corner.”

Truck Day has been the held by the team since 2003. The truck, being loaded outside Fenway Park on Van Ness Street, was packed with more than 20,000 baseballs, 1,000 bats, and hundreds of other types of gear like gloves, hats, helmets and clothing.

The Red Sox are synonymous with Boston. For many in the city, it’s more than just a game. Paul and Rosetta Cannizzaro, of Charlestown, are proof of that. The two got married at Fenway Park in 2012, the same place where they went on their first date. Memories of the team draw back to childhood for both.

The dawn of a new Red Sox season means a new start, new hope. The Sox went 71-91 in 2014, finishing in last place in the AL East. Jon Lester, John Lackey, Jake Peavy, and Jonny Gomes — all key players on Boston’s 2013 championship squad — were traded away in the middle of the season when it was decided the year was lost.

“The great thing about the beginning of the season is that anything can happen,” said Kerry Burns, of Warwick, R.I. “And after last year we need that.”

“I love their chances,” said Mace. “That lineup is going to be scary. If they can get [Philadelphia Phillies pitcher] Cole Hamels, that’s a game-changer.”