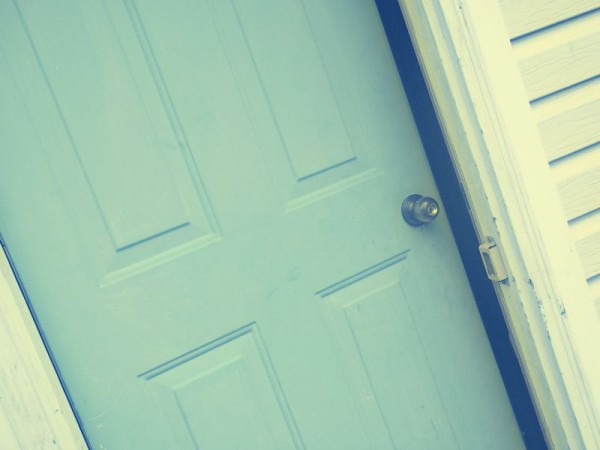 Finding a good place to live can be hard for a student seeking off-campus housing, especially when they are moving to a new city, or a new country, and don’t have a chance to take a look at the place in person.

Ningxin Li, a first-year Boston University Metropolitan College graduate student from China, is living in a three bedroom-apartment with two roommates in Brookline, but is still paying for an apartment on Harvard Avenue that she rented last year before coming to Boston.

“I can’t believe that I’ve lost nearly $2,000 on that terrible apartment,” said Li, her voice rising. “That apartment is totally different from what we saw on the picture showed by the realtor.”

Li received her admission letter from BU last April, and she immediately found two other Chinese girls online to rent an apartment together. When they told a real estate agent that they wanted a quiet and clean apartment, the agent immediately recommended the apartment on Harvard Avenue.

“He showed us some photos and a video of that apartment,” said Li. “It looked very bright and clean. The living room looked spacious, with beautiful curtains closed over the windows. The realtor kept telling us how nice this apartment was and for only $1,850, and let us seize the moment before others made an offer.”

The girls paid $7,400 for a one-month broker fee, one-month deposit, and rent for the first and last month, and signed a lease. They were happy until they saw the place in person on August 31, 2013, just one day before their move-in date.

“The apartment was disgusting,” said Li. “It was noisy and dirty, with dirty marks and mold everywhere on the floor. The wall was peeling. Most importantly, we understand why the curtains were shut all the time in the video: there was a street trash can outside under the window, smelly and awful.”

The girls refused to move in, but had paid their money months in advance. The company refused to issue a refund, but agreed to help them sublet the place. Li and her roommates found another place to live, but kept paying the rent until someone else rented the apartment, at a discounted price of $1,750. That meant that the students not only lost one month’s broker fee and their first month’s rent, but also have to cover the discounted $100 every month because they signed a lease. They said their total loss amounted to $4,800.

“It wouldn’t have happened if we were able to see the apartment before signing the contract,” said Li. “But we didn’t have such a chance.”

Boston, home to many colleges and universities, welcomes new students every year. According to 2009 data from the National Center for Education Statistics, there are 58 institutions of higher learning in Greater Boston area that enroll 250,000 students from the U.S. and abroad. Boston University alone has 33,000 undergraduate and graduate students from more than 140 countries.

BU has 7,081 international students, and 40 percent are graduate students, according recent figures from the Boston University International Students & Scholars Office.

At BU and many other universities, freshmen are required to live in dorms, and undergraduates in other years are encouraged to do so.

For graduate students, housing is their own issue.

Alex Koch, a grad student from BU’s College of Communication, said he has been living in a bad apartment for almost eight months. Before coming to BU, Koch didn’t have a chance to see the apartment that he rented. A rental agent sent him beautiful photos and told him there would be a dishwasher in the kitchen. But when he moved in he found there was no dishwasher, broken drawers, clogged tubs, and a “humongous mouse problem.” Koch said his bathroom ceiling caved in and caused a hole, and the management company just stuffed it with toilet paper.

Koch said he applied to live on-campus, but was put on a waiting list. He had no option but to turn to a rental company.

“We have 900 apartments for rent, to not only graduate students, but also faculty members and staff,” said Greg Wheeler, Assistant Director of Boston University Rental Property Management, in a phone call. “But the number ranges from year to year…. Last year we rented to about 700 graduate students.”

A BU-run apartment building at 580 Commonwealth Ave. contains 220 units, but usually receives 500 to 1,000 applications every year, accounting for the long wait list, according to Wheeler. There are people applying a year in advance.

“While we do not intercede on behalf of any member of the BU community in landlord/tenant disputes, we have a resource sheet with contact information for lawyers and associations that specialize in tenant/landlord disputes for our students,” BU Off-campus Services responded in an email.

But how often will a student sue a realtor?

“I don’t think I will sue a realty company,” said Liang Sun, a graduate student in the School of Management at BU. After Sun and his roommates paid off their deposit and signed the contract, his realtor asked them to pay an extra $200 each month because “the landlord changed his mind suddenly and asked for more,” said Sun.

“Surely we felt cheated,” said Sun. “But we still paid the extra money. We don’t want to sue them because we know little of American law and couldn’t afford the counsel fee.”

“There are strategies in the realty industry, such as editing photos, holding back some information, or asking for more money after the agreement,” said a recent BU graduate from China who interned at a local realty company last year. She declined to disclose her real name because she was an illegal employee at that time.

“But usually, we don’t want things to go too far. In that case, if a tenant refuses to pay extra money, the realtor then has no right to overturn the previous agreement,” she added.