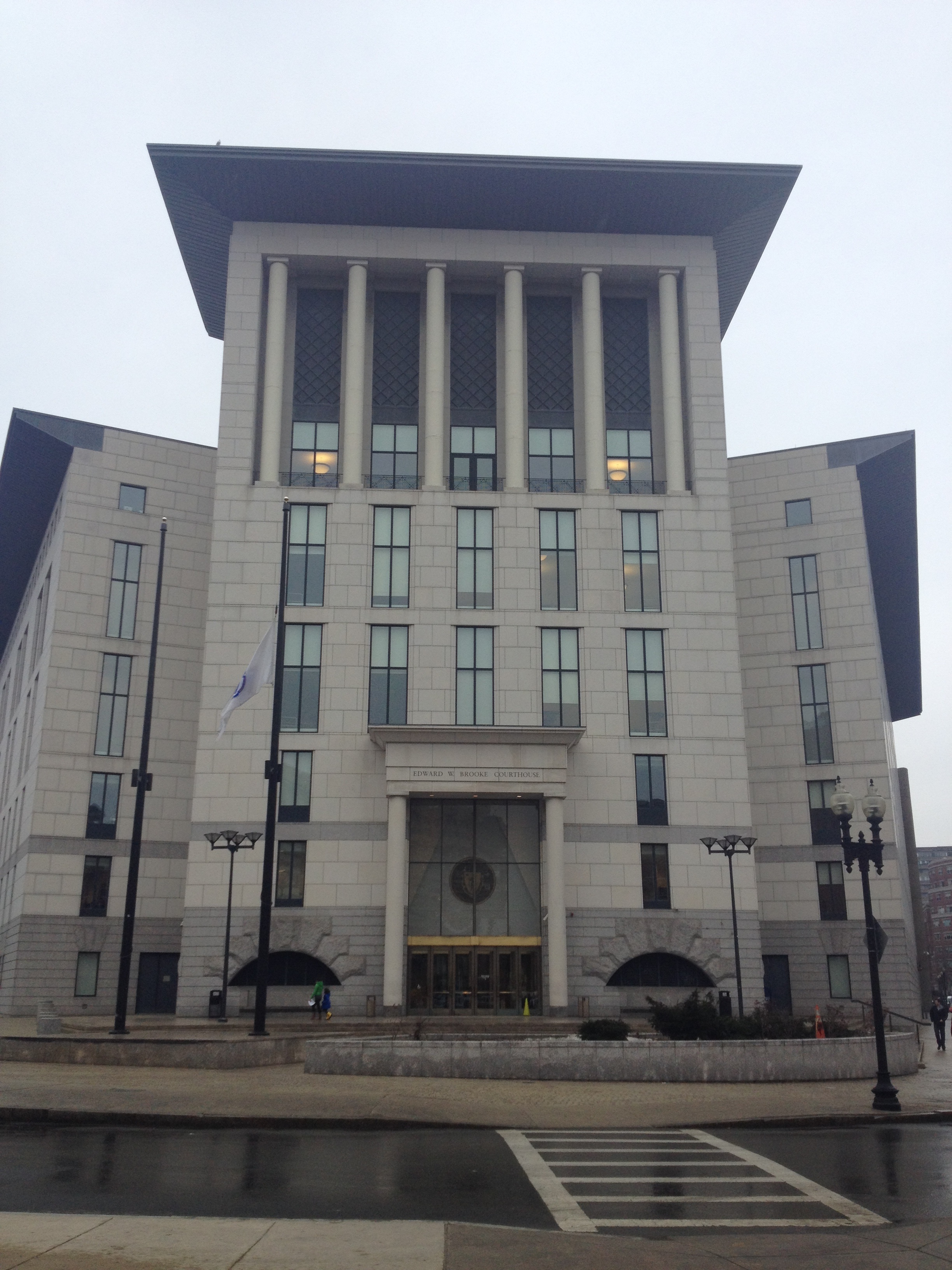 Five days after a bloody double stabbing in the Back Bay, two suspects were arraigned Wednesday afternoon at the Edward W. Brooke Courthouse on multiple charges of armed assault.

Naomi Charles, 26, of Dorchester, and Tyler Butler, 20, of Brockton, were each charged with two cases of assault with intent to murder, assault with a dangerous weapon, and assault and battery.

Each was being held on a $20,000 cash bail. Charles was arrested Tuesday after appearing near the courthouse on New Chardon Street in an effort to turn herself in, and Butler was arrested early Wednesday morning after turning himself in to police, according to the police report.

While neither Charles nor Butler physically appeared in the courtroom, two appointed attorneys spoke on their behalf, entering pleas of not guilty in the Boston Municipal Court.

Charles and Butler were arrested in connection with the assaults that occurred on March 7 at 2:31 p.m. on the corner of Hereford and Boylston streets, about half a dozen blocks east of Kenmore Square. When Boston police officers appeared on the scene, the alleged suspects had fled, leaving two women, both 19, conscious but bleeding on the scene.

“The two women were animated, crying, and complaining of pain. One woman made the statement, ‘Tyler did it’,” according to the police report read by Assistant District Attorney Matt Fitzgerald at the hearing.

One of the alleged victims was transported to Boston Medical Center with two chest wounds and a collapsed lung. The other was taken to Massachusetts General Hospital with two punctures in her torso and a collapsed lung. Both are expected to survive their injuries, Suffolk District Attorney spokesman Jake Wark said.

Fitzgerald asked Judge Mark H. Summerville to approve a $20,000 cash bail, as well as a protective order for Charles to stay away from the alleged victims, a nightly curfew, and a GPS tracking unit if released.

“The injuries were fairly serious and they could have been much worse,” he said. “There is a page and a half of criminal history here including forgery, attempts to commit a crime. Given the prior criminal history and nature of the incident, we want significant incarceration time and the [previously stated] conditions.”

The counsel for the defense, a female attorney in her mid-30s who declined to give her name, argued that since her client is being cooperative, a $2,000 cash bail is more appropriate.

“Ms. Charles came in at 9 a.m. yesterday knowing that she’d be taken into custody,” she said before the court. “These are serious allegations, but there’s a lot of information missing.”

The lawyer claimed that it is unclear why Charles’ photo was circulating in connection with the crime when one of the alleged victims reported that “Tyler did it.”

Judge Summerville rejected her argument and allowed the motion for a protective order and a $20,000 cash bail, repeating three times that “Ms. Charles was not to be let out without the GPS unit.”

Later Wednesday afternoon, a similar scenario played out between Fitzgerald and Attorney Nolan, who was representing Butler.

Nolan argued that since the alleged victims were too heavily medicated for interviews at the moment, there was still too much information missing to impose a protective order and such a high bail.

Judge Summerville approved the motion from the prosecutor, specifying that if Butler makes his bail, he will be fitted with a GPS unit, put on lockdown, and not have any contact with the alleged victims.

Charles and Butler are expected to appear at the Brooke Courthouse on April 7 for a probable cause indictment hearing.