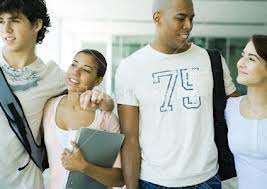 The “hookup culture” is a phenomenon that is quickly replacing dating on college campuses all over. What’s driving students to ditch relationships? BUTV10’s Victoria Price investigates.

Welch is among the sponsors of two similar bills that would allow states to force out-of-state Internet and catalog retailers to collect sales taxes and then remit them to those states where they are doing business. While the debate over this issue in recent years has pitted brick-and-mortar retailers against their online competitors, Welch sees it as a question of how to spur revitalization of downtowns.

“Online retail is getting bigger and is extremely popular, it is an important part of the economy,” said Welch, “but our downtowns and brick and mortar retailers are also extremely important…Downtowns are vital in Vermont to the sense of community and one of the pressures they are under is that they have an enormous competitive disadvantage.”

Proponents argue the legislation does not involve imposing a new tax, but that brick-and-mortar retail operations are now at a disadvantage by having to collect an existing tax that online retailers do not.

“It’s not a new tax, it’s a due tax,” Welch declared Wednesday at a rally on Capitol Hill on behalf of the legislation, held in conjunction with the National Conference of State Legislatures’ fall forum.

This year, Vermont could lose an estimated of $44.8 million through the inability to collect sales taxes on online and catalog purchases, according to the NCSL.

In the Senate, Majority Whip Richard Durbin, D-Ill, has introduced similar legislation along with two Republicans: Sens. Michael Enzi of Wyoming and Lamar Alexander of Tennessee. According to a spokeswoman, Durbin is “is keeping all of his options open to move the bill before the end of the year as a stand-alone bill or as an amendment to a larger piece of legislation.”

Said Enzi, “This bill empowers states to make the decision themselves. If they choose to collect already existing sales taxes on all purchases, regardless of whether the sale was online or in store, they can. If they want to keep things the way they are, it’s a state’s choice.”

Tasha Wallis, executive director of the Vermont Retail Association, noted that the state is already at a disadvantage in terms of retail competition.

“Vermont is a small state and [neighboring] New Hampshire [doesn’t have] a sales tax so we’re very familiar with the competition of sellers who don’t charge sales tax,” said Wallis. “Sales tax exemption for out-of-state Internet sellers is a form of unfair competition for our members.”

Welch and Wallis said buyers now often use stores as show rooms, coming in to browse products, but opting to buy them online to save money. “That’s not a fair situation for out retailers,” said Welch.

While one large online retailer, Amazon, has swung its support behind the legislation, several other large online businesses remain opposed. And the bills also have encountered opposition from states that do not currently collect sales taxes.

Sen. Kelly Ayotte, R-N.H., who has led Senate opposition to the online sales tax legislation along with Sen. Ron Wyden, D-Ore., said in an email: “This issue is about state sovereignty, especially for a non-sales tax state like ours. I will continue to fight any effort that forces New Hampshire’s online businesses to collect sales taxes for other states,”

Wyden’s home state of Oregon also does not have a sales tax, along with Alaska, Delaware, and Montana.

Technically, businesses in the latter states would not be directly affected since the legislation concerns only states with sales tax. However, if a New Hampshire business with an online presence sells to a customer in a state with sales tax, customers in that state could be charged the sales tax of their home jurisdiction.

The debate over collecting Internet sales taxes is not new. Two past Supreme Court cases have ruled that compelling a merchant to collect sales tax for a state in which it does not have a physical presence is a violation of the U.S. Constitution’s interstate commerce clause. In the most recent one, Quill v. North Dakota in 1992, the high court held that the more than 7,500 local sales tax systems across the nation were too complicated for a retailer to know how much tax to collect.

In response, 24 states established the Streamlined Sales and Use Tax Agreement in 2005 to simplify and modernize their sales and use tax collection systems. The agreement included an amnesty program in which states would forgive past sales taxes owed by companies if they voluntarily register to collect sales taxes going forward.

Companies that do not agree to this arrangement would run the risk of being compelled to pay back sales taxes when and if Congress passes the bills now pending. So far, Vermont is the only state in New England that has signed on to the Streamlined Sales and Use Tax Agreement.

The bills include a small business exemption. “They are a lot of individuals who have a small portion of their sales online and we do not want to burden them with a lot of software expenses that will really hurt their businesses,” Welch said. One of the bills defines a small business as taking in less than $1 million annually, while another sets the threshold at $500,000.

Welch is optimistic that the legislation has a chance of being enacted during the current lame duck session, particularly given the current debate over avoiding the “fiscal cliff.” Noted Welch, “…It is relevant in current discussion on budget revenue and there is growing support among my Republican colleagues.”

If the legislation does not pass this year, the current visibility being accorded to the issue “is a good opportunity to build more support and help strengthen the foundation for its passage in the next session of Congress,” he added.