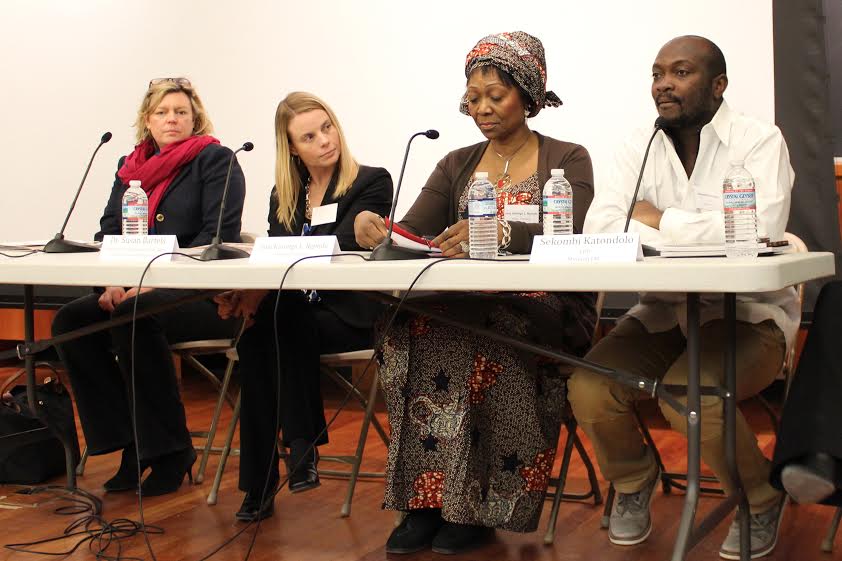 View Democratic Republic of Congo in a larger map

“Seeds of Hope” for the Democratic Republic of Congo 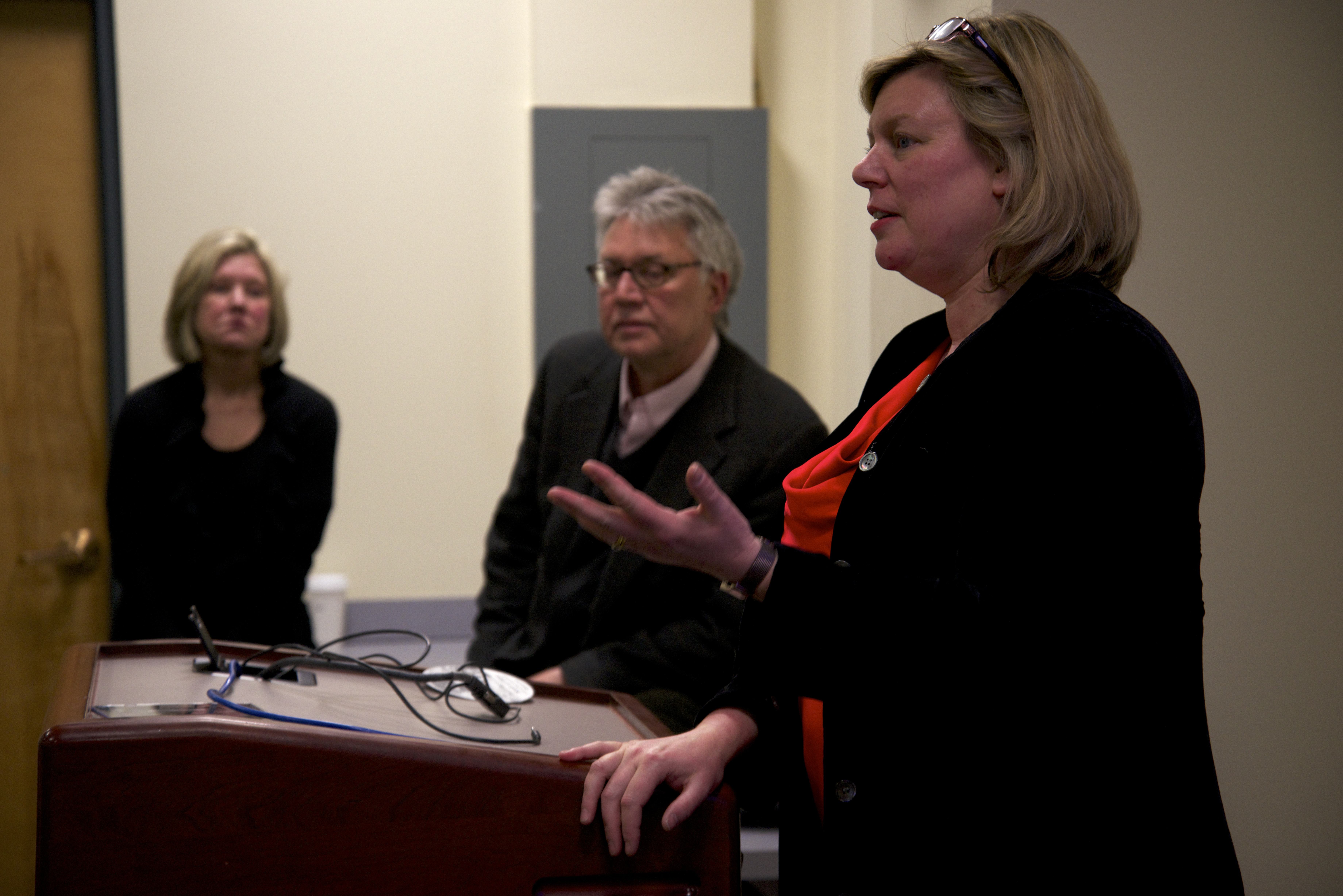 Women rock their babies, do dishes, make dinner and hang clean clothes on the line. Others sit on steps talking while cutting vegetables from their field. Some begin to sing as they work. Many of their children laugh and yell as they play water games under the afternoon sun. Their land is hot and vast, their forests thick and their grand hillsides covered in green. What they eat they have cultivated and nurtured. Where they live they have built. And what they have suffered they work to overcome.

Their home is Minova, Congo and the women are all rape survivors.

The documentary, “Seeds of Hope,” by Fiona Lloyd-Davies is about the complex situation in the Eastern Democratic Republic of Congo. Lloyd-Davies is a British journalist and filmmaker and reporter for the Washington D.C. Pulitzer Center.

On the first day of a two-day event called Global Health Reporting: Telling the Whole Story of Gender Violence in Democratic Republic of Congo the Boston University Crisis on Response and Reporting and the Pulitzer Center hosted the 75-minute film at the Boston University, College of Communication. It brought together over 70 student journalists, public health students, professors, and general public.

According to the Central Intelligence Agency, the DRC is a mineral rich country that has had wars over land ownership, ethnicity, and government since 1996. Lloyd-Davies uses Masika Katsuva’s experience, who she met in 2009, as a lens into what the United Nations has labeled “the rape capital of the world.”

Some of the first words that flashed across the screen were: “48 women are raped every hour,” according to the 2011 American Journal of Public Health report.

“Seeds of Hope” reports that Katsuva has helped thousands of rape survivors and their children—offering them food, shelter, medical care, and education.

“You will see their suffering. My task is to try to restore them to their old selves,” Katsuva said in the documentary.

Katsuva is a victim of rape and so are her two daughters. The documentary reveals that it is something the women come to expect. Since beginning her work, Katsuva has been raped three times and says her strength comes from the women who helped her find restoration.

The audience watched the women’s struggles and joys as they navigate life together. The film often shows them working in the field that Katsuva owns. By the end of film, the audience can see that the women still face tragedy, but continue to move forward and hope for a justice that Katsuva fears will never come.

“Sexual violence is not an isolated thing,” said John Sawyer, executive director of the Pulitzer Center, in an interview after the documentary. “It can be systematic and purposeful. It rips apart communities.”

According to “Mother Jones” in an article called, “Rape as a Weapon,” during times of war, rape has been used to break apart communities and for genocide. The World Health Organization says that women and children who are rape survivors are at high risk of suicide, sexually transmitted diseases, depression and post traumatic stress disorder.
“Seeds of Hope” emphasized that if a woman is raped in the DRC, her husband will reject her, leaving her with no money, food and often without clothing.

In an interview before the event Lloyd-Davies said that she wants people to see the women as more than victims.
“I wanted to give the women a voice. Let the viewers see them. See that everyone is the same, even though they have faced tough challenges they have gotten beyond it,” said Lloyd-Davies.

Sawyer added after the film that the goal is to model good journalism, and that a journalist needs to spend time on a story for it to go beyond superficial.

“Public health people can identify the problem, but journalists can illuminate it,” said Monica Onyango, clinical assistant professor at BU in international health, in an interview after the documentary.

Directly after the film Lloyd-Davies updated the audience on the current state of Katsuva’s work and the rape trials now being held. Lloyd-Davies said that the trials themselves are a step in a positive direction even though there have been difficulties along the way. Twenty-seven attackers have been detained and are facing hearings in court, while five officers from the Congolese Army have also been identified as perpetrators. But, because of fighting in the north, they have been dispatched to lead troops, and have not been present to stand trial.

“The war comes first and justice a poor second I’m afraid,” said Lloyd-Davies before the event.
In her closing statements she said that Katsuva is struggling because some large donations have stopped – she has to continue to learn how to manage funds.

Austin Washington, 28, a theology graduate student at BU, came to watch the documentary because he was interested in women’s rights globally.

“It’s shocking what life is for people,” said Washington after watching. “I’m trying to figure out what to do with the information.”

Lloyd-Davies said that Katsuva is still hard at work with the women in the fields despite the setbacks, and has added 24 new women since September 2013.

“Oh, God we plant these seeds in true faith, protect these seeds and give us a good harvest,” says Katsuva in the documentary holding the seeds in her dirt-covered hands surrounded by the other women on a planting day. “The field provides hope for a better life.”