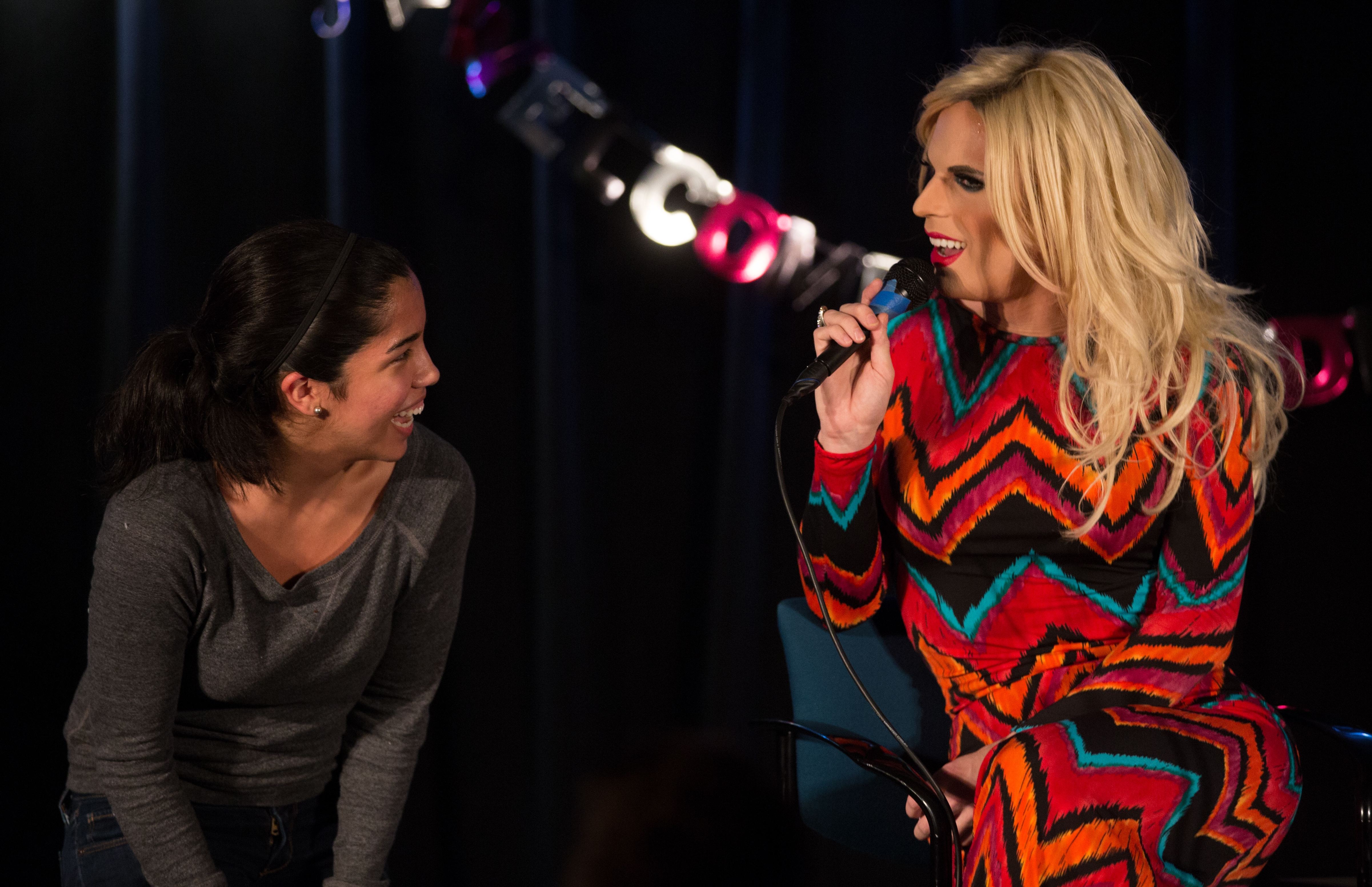 A large man with fake breasts, wearing a spandex bodysuit and heavy make-up: not something people expect to hear all in the same sentence. Nevertheless, all of these things came together for “Drag Bingo” at Boston University.

Bingo, the traditional game of old retirees and church-based fundraisers, elevates to a whole new level when you add a transvestite to the mix. BU’s drag bingo night on October 4 was hosted by a drag queen named Katya Zomolodchikova, who is also the self-proclaimed “Sweatiest Drag Queen” in Boston. In between rounds, Zomolodchikova did splits on stage, lip synced to songs that were not very subtle on the topics of male genitalia and coitus, grinded her way towards the audience, and picked random undergraduates in the crowd for a mid-Bingo game lap dance. Bingo and drag, two completely different things, filled up the student-run nightlife venue, BU Central.

“When put together, they’re even better,” said Boston University senior Allison Macika, who was the organizer of the event. “There’s a lot of other drag events going on in the city but they’re all for ages 21 and up, and we wanted to have one that was open to the whole BU community.”

Drag bingo used to be an annual event at BU Central, but for the past two years, it had not been organized. The reception for the return of drag bingo was overwhelming as the dark little room under the George Sherman Union was packed with students trying to find empty tables.

One thing to know before scouting out a drag bingo event: if you do not possess a sense of humor or the ability to withstand being publicly made fun of, avoid it at all costs. Zomolodchikova may be the host, but she is still a drag queen.

“You study English? Are you allergic to money?” sassed Zomolodchikova, in response to finding out one audience member’s university major

The drag queen bingo phenomenon started in Seattle in the early 1990s as a fundraiser for an AIDS support organization, the Chicken Soup Brigade. The Sisters of Perpetual Indulgence, drag queens dressed as nuns, hosted the Brigade’s first drag bingo. The event enjoyed huge success and interest in drag queen bingo spread to Boston, Chicago, Denver, San Francisco, Atlanta, Dallas, and Los Angeles. There have also been some accounts of the game spreading all the way to Utah, Alaska, Idaho, and Wyoming.

Zomolodchikova has been a drag queen performer for six years. She has done a number of college shows, even a drag workshop at Massachusetts Institute of Technology where she taught about makeup, costumes, and the art of drag. But Friday was her first time hosting a drag bingo event.

“I know I may be glamorous,” said Zomolodchikova. “But I swear to God I’m just your average run-of-the-mill, Russian, bisexual, transvestite hooker with nothing to lose. We’re going to have a good time!”