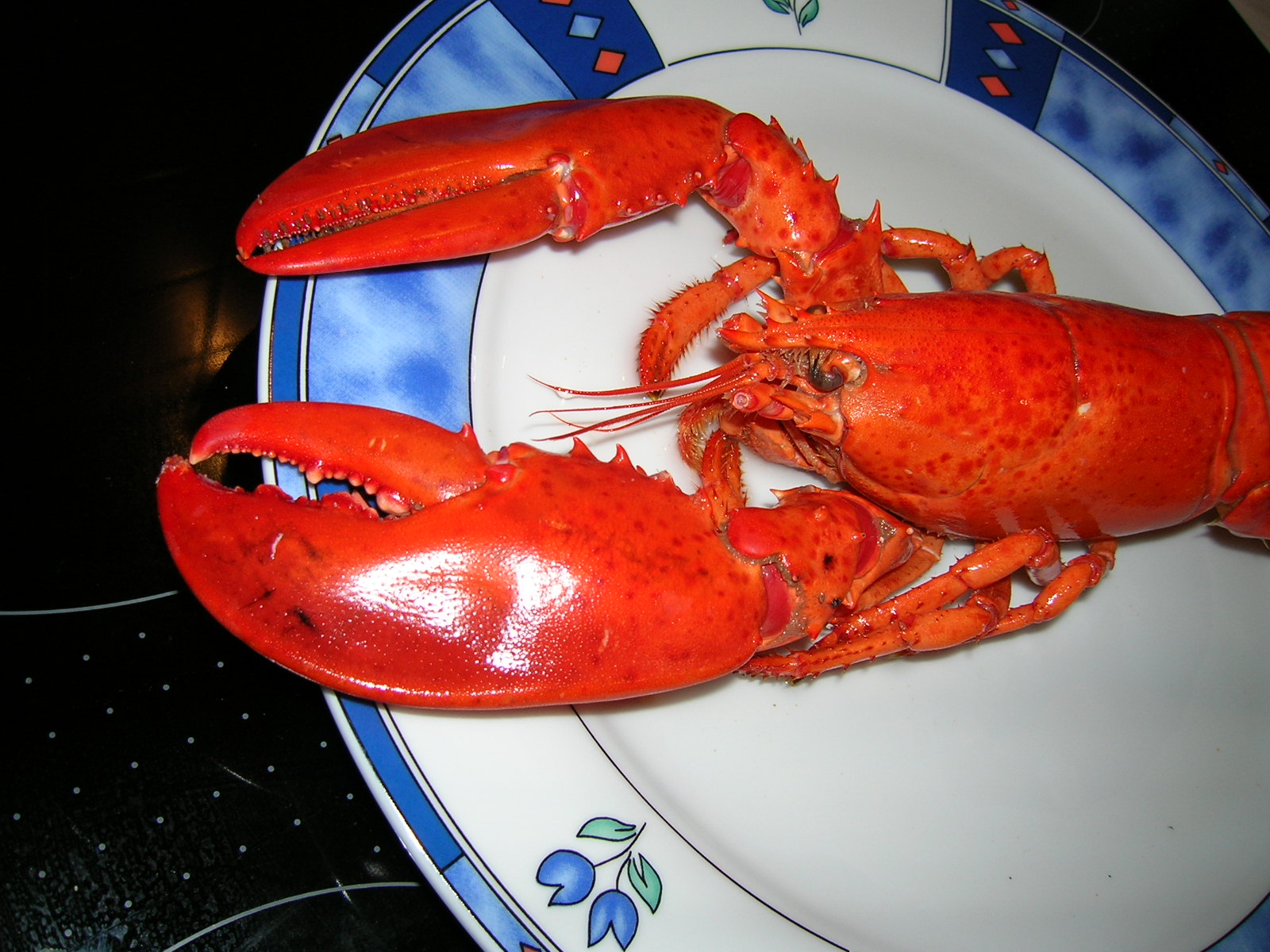 Here’s a treat for lobster-lovers: a video from the American Chemical Society featuring the New England Aquarium director of research, Dr. Michael Tlusty, explaining why they turn red when they’re cooked, but also introducing shell disease, a problem that has been troubling lobsters for a while. This was one of the videos that I produced with colleague, Kirk Zamieroski, while I was on internship with the American Chemical Society over the summer.

While we were making the video and researching lobster shell disease, Kirk described the lobsters afflicted with shell disease as looking like burn victims. I couldn’t agree more. Those lesions, even though I think it’s unclear whether lobsters feel pain or not, look painful! Shell disease occurs when bacteria in the ocean start to attack the lobster shells, eating away at the shells so that the shells become weakened and can no longer protect the lobster from predators.

The only way for lobsters to get out of shell disease is to grow a new shell and shed the diseased one, a process known as molting. During our interview at the New England Aquarium, Dr. Tlusty showed us a molt from one of their lobsters that had shell disease all over its body (the lobster shed and survived.) When we held up the molt to the light, the diseased parts were almost entirely transparent.

However, molting in lobsters occurs less and less frequently as they grow bigger, and for females carrying eggs, they will only molt until their eggs come to term, so it becomes almost like a dilemma for the mother. If she molts, the eggs drop; if she holds the eggs, a predator might attack her while her shell is weak or the disease might continue to advance. In very advanced cases, the diseased shell fuses to the lobster, and try as it might, it will not be able to shed its shell. Then, it dies of the disease.

What does humans have to do with the lobsters’ problems? It’s unlikely that we put the bacteria in the ocean. After talking to Dr. Carla Guenther, currently a fisheries science and leadership advisor at the Penobscot East Resource Center in Maine and a long-time lobster biologist, I thought that it seems, just maybe, we might have caused it without knowing it.

To begin with, shell disease in lobsters was first described by scientists in 1937, but was not noticed by fishermen until 1996 in New England waters south of Cape Cod when it started showing up more significantly. The disease became more prevalent very quickly; by 1998, over 20% of Rhode Island’s lobsters and 80% of egg-bearing females were afflicted with the disease. In 1999, some 70% to 90% of the Long Island Sound lobsters died, with “up to a foot of dead lobsters piled on the bottom of Long Island Sound,” as a Washington Post article reported. Since then, the lobster fishery south of Cape Cod hasn’t seen much improvment, according to Guenther.

Several events prior to 1996 could have contributed to shell disease. In January 1996, the tank barge North Cape and the tug Scandia ran aground in southern Rhode Island, spilling some 800,000 gallons of oil meant to heat homes. Scientists estimated that about 9 million lobsters died during the event. Another factor that many fishermen and some scientists have begun to suspect was the pesticides that were introduced in storm drains to fight the mosquito-borne West Nile virus. A few studies have shown that some pesticides can suppress adult lobsters’ immune systems and bioaccumulate in their organs, especially the eyestalks.

According to Guenther, the southern New England waters also had a “simultaneous warming and low oxygen event,” which may have compromised lobsters’ immune systems further. In 1999, Long Island Sound waters reached temperatures higher than 70 degrees Fahrenheit in the summertime. Guenther explained to me that lobsters are cold-blooded animals, which means that they cannot regulate their own body temperatures like we can; they just have to go with the temperature of the water surrounding them. Lobsters thrive in temperatures ranging from 40 to 50 degrees Fahrenheit. Between 52 to 56 degrees Fahrenheit, they can get livelier and grow faster, but their immune systems will start to become compromised.  At about 62 degrees Fahrenheit, lobsters start to get really stressed out, like the equivalent of our heatstroke, and above that would be fatal.

Taken together, it looks like all the events combined could very likely have caused the shell disease outbreak and mass lobster die-offs. Shell disease is a bacterial disease, and as Guenther put it, “the bacteria is not more present.” It is more likely that the “lobsters became more susceptible” to the bacteria that they’ve lived with for a long, long time. However, I have to stress that no scientific study has found that those events caused shell disease in lobsters, although many small studies have found strong correlations.

To me, the important part is what comes next: over the past summer, some reports have appeared that cited shell disease moving northward towards Maine. While Guenther reassured me that in Maine, the rates of shell disease are still below 0.1%, it is something that the lobstermen and researchers like Dr. Tlusty are monitoring and studying very carefully. Maine didn’t have the pesticide event, the oil spill event, but Maine waters did see a temperature spike last year by 3 to 5 degrees Fahrenheit. And while it would be very reassuring for me as a lobster-lover if scientists could quickly get to the bottom of shell disease and figure out a way to help lobsters with it, for now, it might be better to tread more carefully in this world.