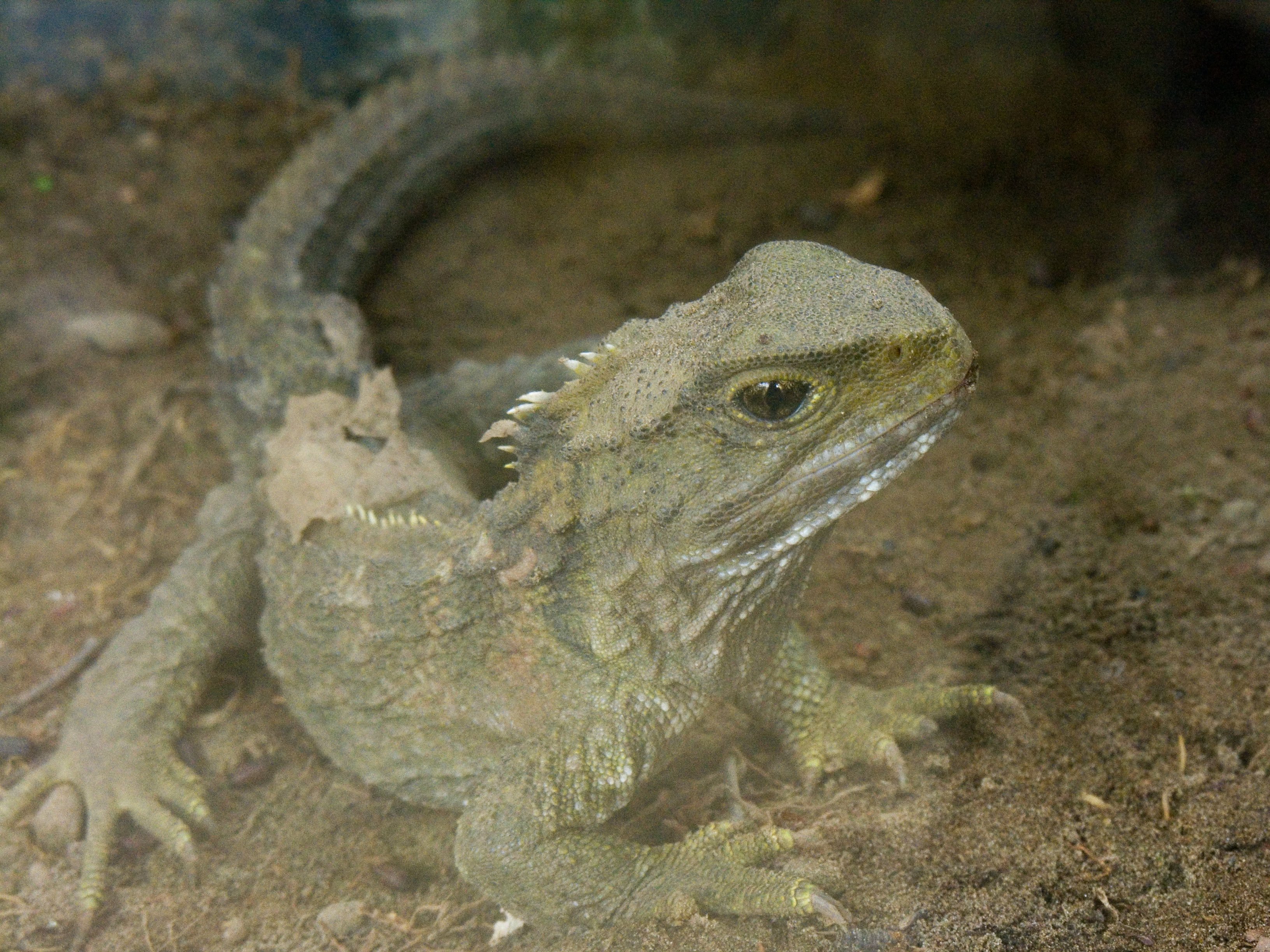 The tuatara (Māori for “peaks on the back”) looks to the uneducated eye like an iguana, but it is in fact nothing of the kind. It’s true that its closest living relatives are lizards and snakes, but in the same sense that birds are the closest relative of crocodiles. The two living species of Sphenodon are in fact the sole survivors of their entire order.

The tuatara’s order Rhynchocephalia thrived 200 million years ago. As such it is sometimes called a “living fossil,” although in truth tuataras have spent as much time evolving as any other modern species. Even so, tuataras can give scientists a window into early saurian life forms.

The tuatara has white spikes along its back, loose gray skin, and a sprawling stance. It also has more exotic features including an exceptional well-formed pineal eye. This third eye is present as a light sensitive spot or scale in some other reptiles and fishes, but the tuatara’s has a small lens and retina, although the nerve connection is poorly developed and the eye is covered by a translucent scale in adults. Mammals and birds only possess the associated pineal gland, which plays a role in regulating circadian rhythms.

Beneath the crocodile-like skin of the tuatara, more intriguingly primitive features can be found. Its vertebrae look more like those of fish than reptiles and it possesses abdominal ribs. Its teeth are merely sharp projections of the jaw bone, not separate structures. Like some lizards, it is capable of shedding and regenerating its tail. It also sheds its skin like a snake. Its brain, heart, lungs, and stomach are all shockingly simple for a modern day amniote.

Tuataras once flourished on the two main islands of New Zealand, a “lost world” protecting them from more specialized predators. Rats and other introduced predators have extirpated the tuatara from the mainland, leaving only a smattering of coastal islands as last refuges from extinction. Not all hope is lost for the tuatara, however. The New Zealand government and indigenous Māori alike are invested in protecting this exceptionally unique, prehistoric beast.