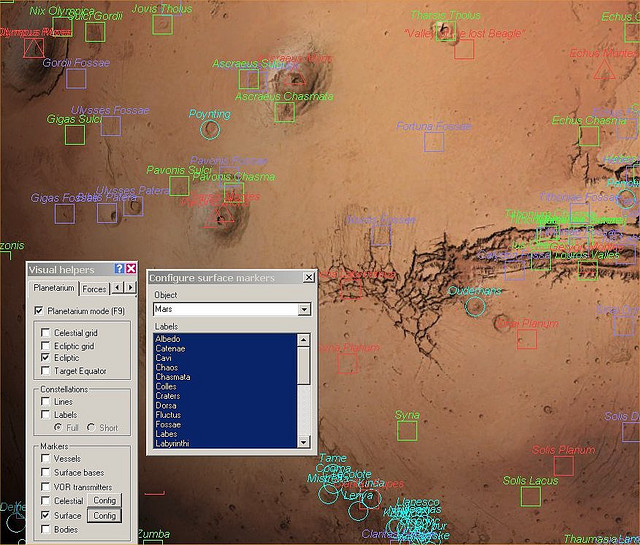 It’s official: applications for the esteemed colonial voyage to Mars are now competitive. And your chances of getting picked are worse than your chances at getting into every Ivy League college…and also slightly worse than getting struck by lighting in your lifetime.

That’s right. Last year, Dutch entrepreneur Bas Lansdorp announced his plan to set up a colony on Mars by 2023. This year, they’re picking a total of 24 people to spend the next ten years training for said journey.

Four people from those 24 will embark on a seven-month journey in 2022. They’ll arrive at Mars in 2023, land in a small vehicle and leave the brunt of their ship in space (too heavy to land). They’ll live in inflatable dwellings with some air and food supplies sent over in advance.

Lansdorp and company will choose location of the settlement based on how much ice there is in the soil. They’ll melt this ice for water and break it apart via electrolysis for oxygen to breathe.

Of course, the documentation starts once Lansdorp and his team start training these 24 people. Reality TV show, 24/7/365. Of course, it won’t exactly be “live” since the delay between Mars and earth is anywhere from 3 to 22 minutes. Supposedly, this TV publicity will pay for most of the funding.

Regarding that 22-minute delay, that means if any sort of emergency takes place, Houston won’t know there’s a problem for 22 minutes. Sending help (via rocketship, of course) will take six months.

Oh yeah, but once you go, you can’t come back. Also, no skyping or phone calls. Only emails, texts, and the occasional video voicemail. Mind you, the delay would make a live conversation a little ridiculous.

Honestly, I don’t understand how 200,000 people have signed up. It’s one thing to go to space but it’s another to go to space and never return. It’s giving up everyone you’ve ever known. But then again, people hide out in Antarctica all the time, so I’m just the wrong demographic.

Mars One thought about this:

“However, there are individuals for whom traveling to Mars has been a dream for their entire life. They relish the challenge. Not unlike the ancient Chinese, Micronesians, and untold Africans, the Vikings and famed explorers of Old World Europe, who left everything behind to spend the majority of their lives at sea, a one-way mission to Mars is about exploring a new world and the opportunity to conduct the most revolutionary research ever conceived, to build a new home for humans on another planet.”

The deeper question throughout all this though is why do we do it? Do we do it to learn, or are we just doing it because we can?

Space research is important, but in order to research, we don’t necessarily have to go there ourselves. The Mars rovers have shown tremendous success – and we don’t have to feed them on the other side.

Needless to say, I’ll be glued to the live stream.