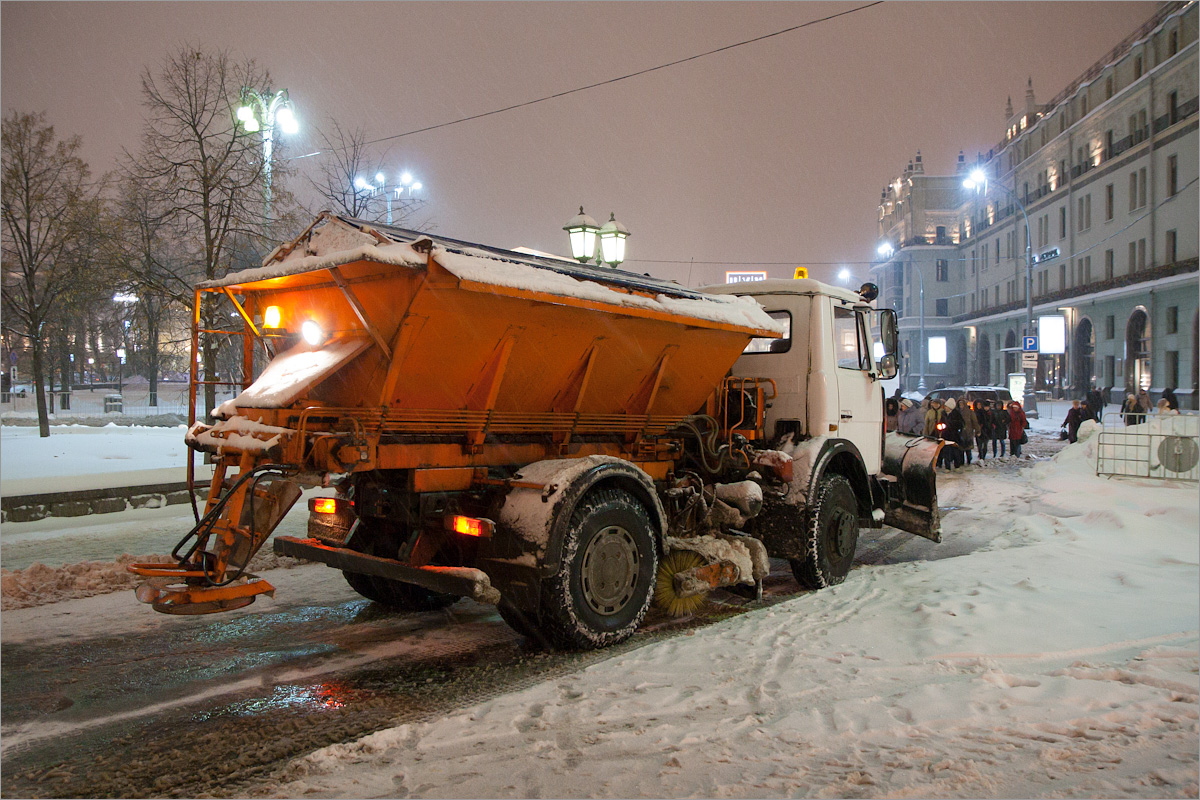 Last week in Atlanta, two inches of snow caused more than two inches of chaos. Thousands of cars were abandoned along the interstate. Helicopters were sent out in search teams to find stranded motorists in a setting that resembled a zombie apocalypse movie. While driving experience certainly counts for something, Atlanta also lacked another important defense against ice: salt. In places like Chicago, which got 33 inches of snow in January, salting the roads is taken for granted. Most people in snowy climates are used to scrubbing salt stains off their boots. But all that begs the essential question: why does salt melt ice?

The answer: thermodynamics. If you want to understand why entropy can be used to melt ice on the sidewalk, buckle up—it’s about to get serious.

If you’re like me, somebody lied to you about why salt melts ice. A teacher might’ve told you the answer had to do with salt particles interfering with the crystal structure of ice. A lot of chemistry books and online explanations give the same rationale, but the real explanation is both more fundamental and more complex.

The most common road salt is table salt: sodium chloride (NaCl). When sprinkled on ice, NaCl breaks into individual sodium and chloride ions in a thin layer of water on the surface. Adding the ions to the solution increases the system’s entropy. In chemistry, entropy is defined as the number of ways a situation can be arranged. Two balls on a table have more entropy than one. Three orange balls and three green balls have more entropy than six of the same color. Typically, the most complex environments offer the most possibilities.

The real question is why does entropy melt ice?

To say something is frozen is a statement about its entropy, not its temperature. Pure water doesn’t turn to solid because the temperature is 0ºC, it freezes because entropy has dropped low enough that a solid is possible. 0ºC just happens to be the temperature when this happens. This is why every liquid has a unique freezing point.

The bottom line is that adding salt to water increases entropy, and it takes colder temperatures to freeze a system with higher entropy. If you think about it in these terms, a salt truck is really just a 30-ton entropy spreading device.