Boston was book-ended by tragedy and triumph in 2013. Boston Strong became the watchwords when the marathon bombings shook the city and rattled the nation. But, in the fall, the Boston Red Sox found the magic again, won the World Series and lifted spirits. BU News Service was there for these stories and more. And we were honored to accept two awards from the Online News Association for our coverage of the marathon bombings. Here’s a look back at our coverage this past year.

Obama Begins Second Term
January 20. Barack Obama takes the oath of office to begin his second term as president. BU News Service reporters, videographers and photographers travel to Washington to get the story. Working out of BU’s Washington program office, they cover the inaugural ceremony, the parade and balls, and the politics of Obama 2.0. View a recap here. 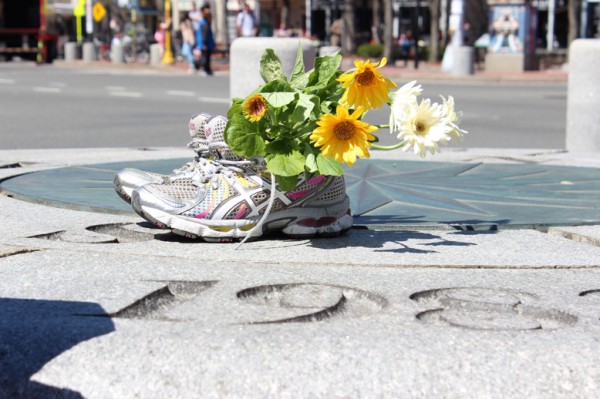 Boston Marathon and Bombings
April 15. It’s Patriots Day and the 117th running of the Boston Marathon. The finish line celebration is shattered by two bombs. Three people die; more than 250 are injured. BUNS staffers are stationed along the race route and at the finish line. BU News Service switches gears and goes from covering the race to documenting a disater. 2013 Marathon Special Section | Bombings and Aftermath

Sox Win Series
October 30. The Red Sox win their third World Series championship of the 21st century. They beat the St. Louis Cardinals in game six – the first Sox championship win at home since 1918. BUNS covers the post-season, the win (just blocks away from us at Fenway Park), and finally, the “rolling rally,” a joyous parade through the city on duck boats.

JFK: A Death In Dallas
November 22. The nation pauses to remember on the 50th anniversary of the assassination of President John F. Kennedy, a son of Massachusetts. BUNS responds with special coverage from Boston, Washington and Dallas. JFK: A Death in Dallas

On the Brighter Side
The year was not all hard news. BUNS covered music, culture, the arts, the funny and the downright bizarre.