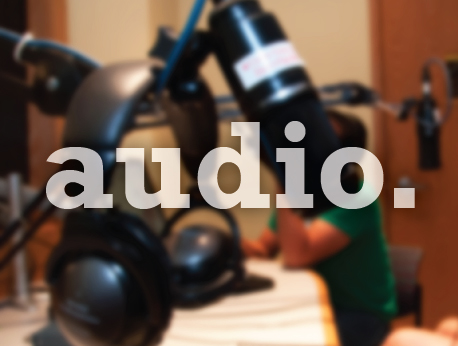 Two-thirds of your body is made of it, 71 percent of the Earth is covered in it. It is one of the world’s most precious and fragile elements: water. The United Nations marked March 22 as World Water Day – an international event linking communities around the globe, to raise awareness about conserving the planet’s water sources. The Franklin Park Zoo here in Boston, is one place trying to promote water conservation. Rebecca Sanaes reports 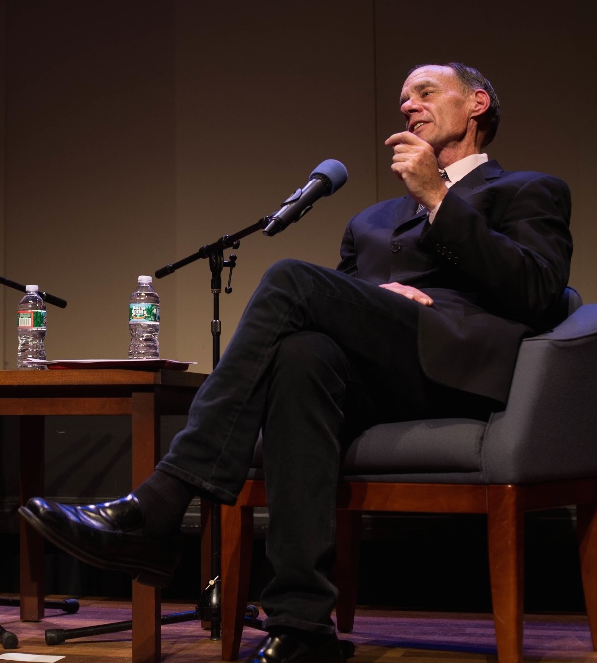 Corby Kummer, Boston resident and senior editor at The Atlantic, took a moment to speak about his friend and colleague, David Carr.

Bread and Puppet Comes to Boston 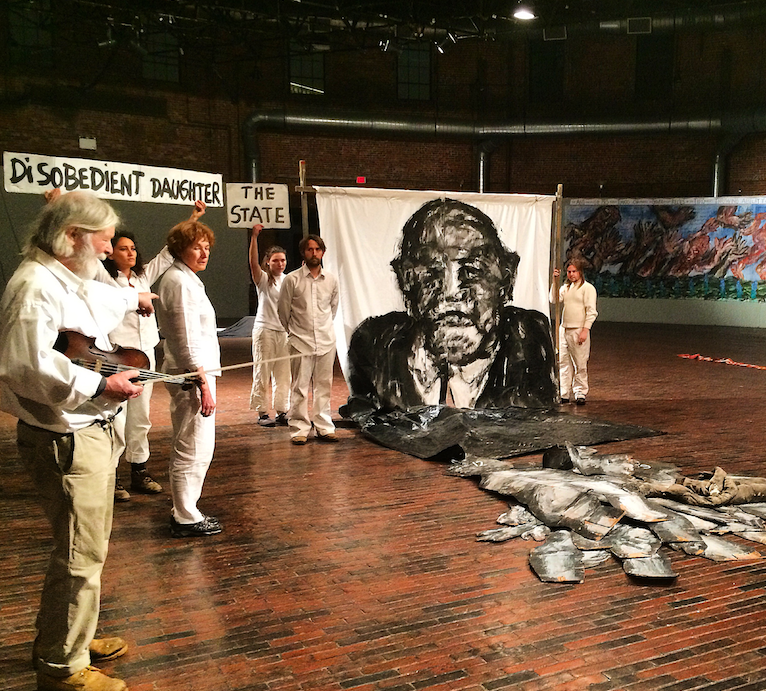 “Boycott the occupation of Palestine! Boycott the military industrial complex! Boycott Monsanto! Boycott the Boston 2024 Olympics!” cried a mix of Boston and Vermont performers from behind man-sized cardboard puppets, some standing in bare feet.

This is Bread and Puppet Theater: a mix of recycled materials turned into enormous puppets used in performance art that articulates a social message. Peter Schumann, who started the group in 1963, will accompany his players for their yearly appearance at the Cyclorama in the Boston Center for the Arts from January 28 through February 1 for this year’s show, “Captain Boycott.”

The three-hour performance art show guides the audience around the Cyclorama, which is decorated with large hand-painted murals filled with words of hope and dissent, by members of Bread and Puppet. The show was divided into three parts, some obvious storylines featuring performers holding signs overhead reading The 99%” and “The State,” and other portions left open for audience interpretation.

Joshua Krugman, a recent graduate of Wesleyan University, spent one summer as an apprentice at Bread and Puppet and never left. He explained his goals for the show saying, “We like people to chew on the work like they chew on bread.” Taking a moment to tune his violin, he went on to say, “We don’t like to chew on that for people.”

Bread and Puppet, founded in the East Village of Manhattan in 1963 as a puppet show for children, is well known for fueling oppositional art. It is responsible for some of the earliest demonstrations against U.S. involvement in the Vietnam War and has continued to be a staple in the political protests throughout the past 50 years. One of its former puppeteers, Julie Taymor, went on to direct Broadway’s The Lion King, using Bread and Puppet’s style of giant puppets in storytelling.

In 1998, Bread and Puppet moved to Glover, Vt., as a permanent fixture. There people live year-round on rolling acres of farmland. Families call converted painted school buses and RVs home, and share meals with other community members in one central house. During the summer, the company puts on a free theater production every Sunday, using their papier-mâché puppets to convey messages of resistance against the status quo to hordes of visitors from Canada and the U.S. alike.

Sophia Cannizzaro grew up just four miles from the Bread and Puppet commune and spent her childhood as a volunteer performer. Now, at 15, she travels and performs with the troop. “I love performing,” she says. But what keeps her working with the troop is its culture of acceptance. “Everyone is welcome, man, woman, or otherwise and everyone can participate.”

In fact, according to John Bell, a performer from Cambridge who has worked with Bread and Puppet since the mid-1970’s, some audience members have become performers. “ Last night a woman came and asked if she could be in it the next day and she did! It’s very inclusive,” he said.

After shows, performers invite audience members to join them for a reception featuring bread and garlic aioli made by Bread and Puppet members. This is the Bread and Puppet tradition: breaking down the barriers between art, artist and audience. Bread and Puppet invites everyone to nourish their minds, as well as their bodies. 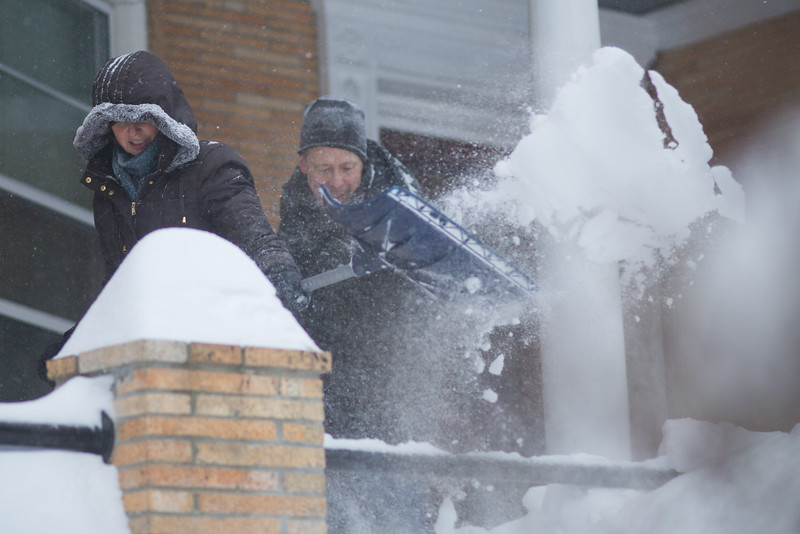 For Jamaica Plain residents, there’s no place on Earth better to spend a snow day than at the neighborhood’s favorite watering hole, The Brendan Behan Pub.

BU News Service reporter Rebecca Sananes spoke with those who came in flocks on cross-country skis and snowshoes to the local Hyde Square gem. 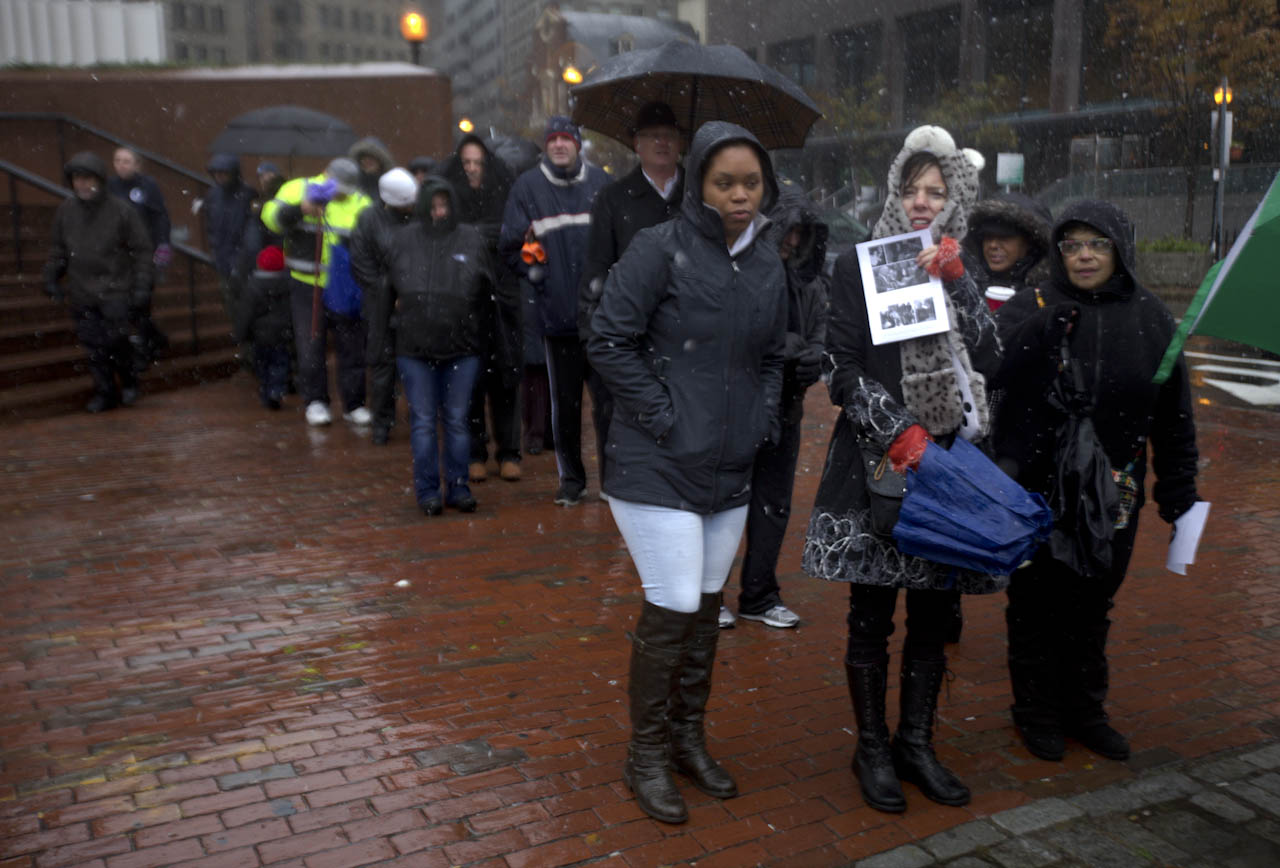 As the season’s first chilly, blustery snowfall fell, Bostonians stood in line by the thousands huddled under umbrellas, shivering in hats and gloves and waited hours to pay their respects to former-Mayor Thomas Menino who laid in-state surrounded by friends, family and peers at Faneuil Hall on Sunday.

It was here, in the historic hall that the former mayor delivered his first inaugural speech in 1994 and also, nearly 20 years later, where he announced he would not be seeking re-election.

Dignitaries were permitted in the hall promptly at 10am. Among those who came to pay respects to Mr. Menino and his family were Secretary of State John Kerry and Massachusetts Governor Deval Patrick.

The consensus of those who stood in line, including a group of city workers rubbing their hands together to stay warm, was that Mr. Menino would have waited in line with them. It was this sentiment, that Mr. Menino a part of his community that got people out of bed on a cold November morning. The first to arrive were in line at 8:30A.M. By noon the line looped around the block along Congress Street.

“The mayor came to the Pine Street Inn every Thanksgiving to help serve the residents,” recalled Ed Scheinbart, who has been a volunteer working to help the homeless community of Boston for 17 years. “He cared, he took interest. He was compassionate more than just his job [required],” said Scheinbart.

Billy Makarwicz stood shivering under an umbrella with his wife and daughter. “I met Menino while I was working as an equipment assistant for the Patriots. He came to one of the first games Tom Brady played, he was a nobody at the time, just bumped up, and I remember Mayor Menino saying ‘Welcome to New England!’”

Inside the hall, a collection of photographs of the mayor interacting with his beloved city lined the room as the cavalcade approached his casket.

Mr. Menino’s casket was surrounded by white flowers. A string quartet played somber music on the side of where he lay, a black rosary laced between his folded fingers. Members of the Boston Police and Fire Departments stood dutifully in uniform, watching over his body.

The atmosphere felt warm inside the great hall, against the grey morning outside. As the public passed through, Mr. Menino’s wife Angela, two children and six grandchildren gave and received hugs from mourners, thanking the public for attending.

The fast-paced city felt like a small town embracing the Menino family as their own. As Alyssa Griffith, 14, who was with her mother and father at Faneuil Hall said, “It’s the least we could do. I’m hopeful that we were comforting to them.”

Many people wore green ribbons on their lapel, the symbol of his campaign, while others carried green signs that read “Gracias Mr. Menino.” Abigail Torres, 7, who first met Mr. Menino when he read Christmas stories to her class at the Hyde Park library said: “ I wanted to write him a letter to tell him he will always be mayor to me.”

On Monday, Mr. Menino will leave Faneuil Hall in a procession around the city, stopping at notable places in his life, including a stop at Boston University. A private funeral will be held, following, at Most Precious Blood Church in Hyde Park, where he was baptized and served as an altar boy.