The Spooktacular Sounds of Halloween 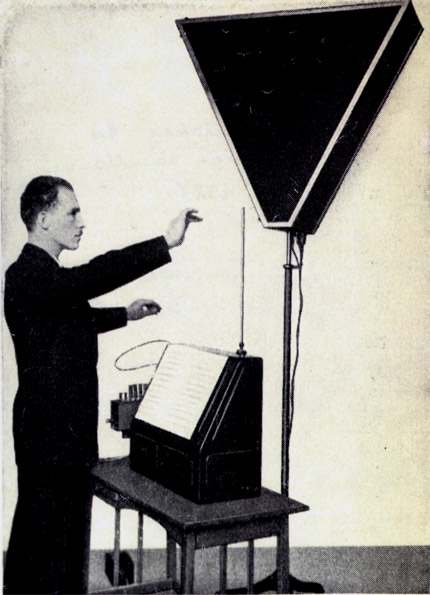 The staples of any good Halloween are candy, cobwebs, skeletons and other scary creatures, and of course the eerie music of the theremin–the world’s strangest and spookiest musical instrument that has produced the signature sounds of this frightful holiday for decades. The instrument itself may as well be a ghost; you can see it, you can hear it, but you can’t touch a theremin.

The device is named after it’s creator, Russian scientist and KGB spy Leon Theremin. In 1919, Theremin was working in a lab on a gas density meter when one day he brought his hand close to the meter and heard a high-pitched squeal. As he moved his hand away from the meter, the pitch became lower. Intrigued, he began playing with the machine creating melodies. Based on this discovery, Theremin created a free-standing musical instrument which debuted in the U.S. in 1928.

The theremin isn’t a gas density meter, but a circuit that uses the heterodyne principle–combining two or more frequencies to create a new frequency–to generate audio signals. The instrument has two metal antennas which sense the position of the performer’s (called a thereminist) hands relative to two oscillators: one that controls pitch and the other that controls frequency. Instead of plucking on strings, the thereminist waves his or her hands through invisible electromagnetic fields to create music.

Although the instrument didn’t catch on as it was difficult to play, it’s creepy out-of-this-world sound was perfect for the Hollywood horror genre and for psychedelic rock of the 1960’s and 70’s. Its music was featured in a range of films from sci-fi thrillers such as The Day the Earth Stood Still (1951) to Alfred Hitchcock’s Spellbound (1945). The legendary rock band Led Zeppelin also sampled the instrument in performances of Whole Lotta Love and No Quarter.

Sounds of theremin can still be heard today. While it’s a hallmark of the halloween music played in haunted houses, a few dedicated thereminists have made it their profession. And even though you might not follow this niche crowd, if you listen to electronic music then you’re listening to the legacy of Leon Theremin.

But whatever happened to the man behind the machine? Well, after the successful debut of his instrument in the U.S., Theremin abruptly disappeared for 30 years only to re-emerge in 1991, a few years before his death. Some people speculate he was kidnapped by the KGB while others think he fled back behind the Iron Curtain to escape his crushing debt. His life remains a mystery.