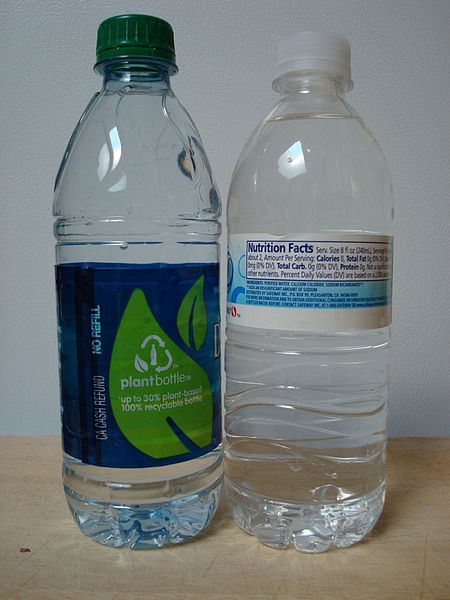 “This is not a sprint, this is a marathon,” Janet Domenitz, executive director of MASSPIRG, told the 50 or so volunteers and supporters who gathered at the Globe Bar and Cafe in Boston’s Copley Square.

After paraphrasing former Gov. Michael Dukakis, Domenitz added: “We have a lot of work ahead.”

Question 2 would have expanded the state’s 1982 beverage container deposit law, adding deposits on most non-alcoholic, non-carbonated drinks – such as tea, juices, sports drinks and water. Deposits are already required on beer and soft drink containers. The referendum would have also increased handling fees for bottlers and distributors.

If passed into law, deposit fees would have been reviewed every five years to adjust for changes in the consumer price index and costs for redemption centers.  The proposed law also would have created a Clean Environment Fund for unclaimed container deposits to be used for programs such as solid waste management, water resource protection, parkland urban forestry, and air quality and climate protection.

News outlets called the vote against Question 2 just after 9:30 p.m. with only 26 percent of precincts reporting. At that time, more than 70 percent opposed the measure to expand the 32-year-old Bottle Bill. The margins remained the same as more votes were counted.

Domenitz said in an interview that the coalition is committed to finding a way to get all containers recycled.

“Obviously we are disappointed, but we are totally gratified,” said Domenitz, whose group belongs to a coalition of environmentalists and civic organizations.  “There were thousands of volunteers from one end of the state to the other who worked very hard and we’re going to take that energy and move it towards more recycling in Massachusetts.”

One of those volunteers, Emmanuel College senior Lauren Mullett, said she was disappointed but optimistic.  “If something goes the wrong way, that just means better things are around the corner,” said the 21-year-old MASSPIRG intern.  “Hopefully we can just push through and try this again.”

The Yes on 2 Coalition argued that expansion of the existing Bottle Bill would decrease litter, increase recycling rates, and save cities and towns up to $7 million each year in litter and trash disposal costs.

No on Question 2: Stop Forced Deposits, a coalition of 3,500 businesses, recyclers and grocers,  maintained that curbside recycling, available in most Massachusetts municipalities, would be more comprehensive, convenient, and cost-effective.

Opponents argued that the existing Bottle Bill predated today’s available curbside recycling programs. The No on Question 2 coalition said such programs are about 10 times cheaper per ton to operate and more convenient for people than a deposit system.

“By building on a 1982 system, it’s like inventing typewriters in 2014,” coalition spokeswoman Nicole Giambusso said earlier in the day. “It just doesn’t make sense for today.”

In a press release Giambusso said the coalition is “very pleased” by the ballot question’s failure.  “With this vote,  commonwealth residents sent a message that it’s time to move forward and expand convenient, comprehensive recycling programs, so that Massachusetts can become the recycling leader that it should be,” she said.

“Advertisements paid by just a few companies really made a tremendous difference even though [they were] particularly misleading,” Livingstone said in an interview. “Unfortunately the grassroots network on the other side didn’t have the funding to defeat that advertising.”

Rogers said he was surprised by the bill’s loss.

“The public, I thought, favored it 2-1 the other direction and then $8 million or $10 million of ads were thrown, some of which were misleading, and it literally flipped 2-1 for and then 2-1 against,” he said.

Domenitz also acknowledged the role of big money.“I think most observers would say that once there’s that kind of resources put in, it’s tough to combat that,” she said in an interview.

Some of the bill’s supporters were more philosophical. Phil Sego, 61, of the Sierra Club Massachusetts Chapter said he has been working to expand the Bottle Bill for 10 years.

“Whether you win or lose a campaign, what the campaign proves is that there are tens of hundreds of thousands of people that agree with you,” said Sego, who has been involved in politics since 1968.