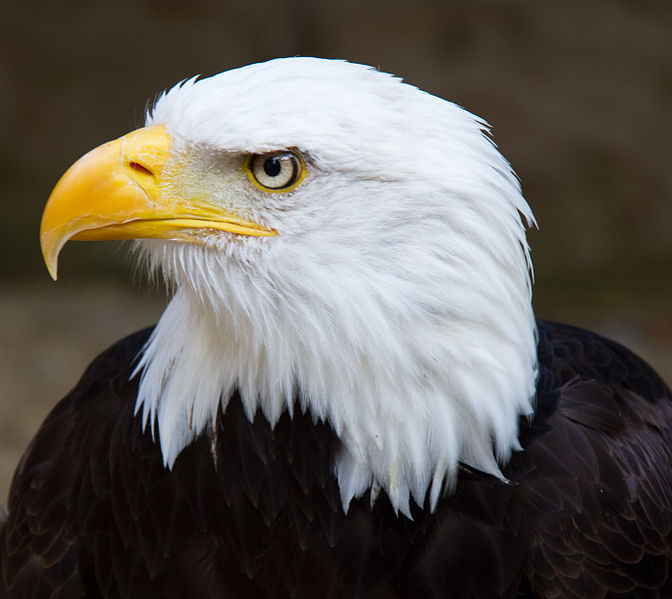 Once I saw a bald eagle burst into flames. I was in Neah Bay, a town on the Makah Indian Reservation nestled in the northwestern tip of the Olympic Peninsula, Washington watching the bird swoop down over the marina, a two-foot-long flat fish dangling from its talons. As the bird abandoned the water and flew over the street, the flopping fish touched a live power line. A jolt of electricity traveled up the fish to the bird and stopped it mid–flight. Red flames instantly engulfed its body, and the bird dropped to the street below.

When I relayed the story to a local contact, his eyes grew wide and his expression somber. “This is a serious thing,” he said to me. “This bird has allowed you to witness its death. We need to get some drums, and some face paint. We must honor this moment with a ceremony.”

“Naw. I’m just messing with you. Those damn things are everywhere.”

By sheer numbers alone, bald eagles are taking over Washington’s seas and skies –– a trend facilitated by their federally protected status. Conservationists hail the bald eagle’s recovery as a success story for the Endangered Species Act. Yet some fear an ecological backlash. As bald eagle populations continue to grow, they threaten to disrupt the tenuous ecological balances that characterize sensitive communities.  There is little conservationists can do, however, because of the eagles’ protected status. The bald eagle conundrum exposes weaknesses in current policy and poses new challenges to conservationists.

The history of bald eagles on the Olympic Peninsula is well-known among Washingtonians. Since moving to the western edge of the peninsula in the early 1900s, logging companies have targeted old growth trees like Douglas fir and Sitka spruce. Bald eagles often make homes of these trees, where they can construct nests weighing more than 1,000 pounds in the strong, sturdy branches.

In addition to cutting down vital habitat, logging companies sprayed DDT throughout the forests to prevent insects from infesting the wood. The chemical blocks calcium absorption, making egg shells weak—too weak, in some cases, to support a developing embryo. The pesticide wreaked havoc on bald eagle populations throughout the US in the 1950s and 1960s. By 1963, only 417 breeding pairs of bald eagles remained in the lower 48 states.

In response to that destruction, the US Government took action, banning DDT in 1972, and protecting the eagle and its habitat as part of the 1973 Endangered Species Act (ESA). State governments took action as well and all but five of the contiguous US states put bald eagles on their state endangered species list. Washington listed the bald eagle as “threatened.” The ESA protects threatened species- those that are likely to become endangered-in the same way it protects endangered species. The bald eagle’s populations began to rise; and when its population neared 20,000 breeding birds in 2007, the US Department of Fish and Wildlife removed it from the endangered species list.

The rising number of bald eagles tugs hard on the Pacific Northwest’s ecological web. Having a greater number of apex predators creates additional stress for prey populations. Shorebirds like common murres, rhinoceros auklets, and cormorants are particularly vulnerable in the Pacific Northwest ecological web because their populations are already declining due to habitat loss, gill netting and pollution. Bald eagle predation adds one more weight to their already weakened thread.

Perhaps more troubling, is the devastation bald eagles do to nesting communities. Bald eagles have run rampant on Washington’s Protection Island, a National Wildlife Refuge set aside in 1982 specifically to protect seabirds. When bald eagles first arrived to the island, they flew over the cormorant colony, swooped down and took the young out of the nests. Sometimes they would even attack adults.

“They are like big bullies” said Dr. Jim Hayward of Andrews University, who studies seabirds on Protection Island. Hayward noticed that over the years, bald eagles gradually took over cormorant nesting sites. Eventually the cormorants left the island. Now fifty to sixty abandoned nests remain, vestiges of a once vibrant seabird community.

On Tatoosh Island, just off the northwestern tip of Washington state, the sight of a bald eagle can induce panic among common murres, another local seabird. When bald eagles fly over nesting sites, the murres take to the air for safety, leaving their unguarded eggs vulnerable to other aerial predators like gulls and crows.

This threat is not unique to the Pacific Northwest. In Maine, which boasts the greatest density of bald eagles in the northeast, the birds prey on baby cormorants, gulls, loons, and great blue herons.

While the Endangered Species Act has brought back important species from the brink of extinction (grizzly bears, whooping crane, gray whale, and gray wolf to name a few), it has its weaknesses. Zeroing in on one species can have consequences that reverberate throughout the ecosystem. The other seabirds, for example, are collateral damage of conservation efforts that focus on meeting the environmental needs of one species, the bald eagle. As such, this approach may not be the best moving forward.

The single-species conservation approach is a relic of 1960s science. Back then, science giants like Robert T. Paine studied the effect one species would have on an entire ecosystem. Paine, for example, plucked sea stars from rocks, tossed them to the ocean, and watched biodiversity decline in areas where the sea stars were absent- from this study Paine coined the term “keystone species.” Such was the scientific mindset around the time when congress enacted the Endangered Species Act, originally the Endangered Species Preservation Act of 1966, (consequently, 1966 was the year Paine published his findings from his sea star experiment). Yet, science has evolved.

“There was a growing understanding in the science community that the species by species approach is ultimately insufficient and not terribly efficient,” explained Joni Ward, North American Director of Conservation Science for The Nature Conservancy.

Nowadays, ecologists recognize the complex network of interactions not only between many species, but between species and their environments. This, in turn, has influenced how some organizations approach conservation. Rather than focus on one species, they focus on conserving an area or landscape. The Nature Conservancy, for example, has been using this landscape-based approach for 15-20 years. They look at a given region and use science to understand what is there, what should be there, and how that landscape might reasonably change over a given time period. The Nature Conservancy defines its conservation goals within a given area based on that data.

This approach is becoming so widespread that government agencies have moved toward landscape-based models. In the marine world, the National Oceanic and Atmospheric Administration calls this approach ecosystem-based management.  “The idea of ecosystem-based management is definitely a guiding principle,” said Ed Bowlby, Science Coordinator for Olympic Coast National Marine Sanctuary. “All agencies, both state and federal, have totally accepted that, or adopted that, or are going to adopt it.”

The Olympic Coast National Marine Sanctuary (OCNMS), which encompasses over 3,000 square miles of ocean off the northwestern coast of Washington state, including the seaward hunting grounds of bald eagles uses this new approach to conservation. It protects the ecosystems that the eagles rely on. By protecting the ocean ecosystem, OCNMS indirectly protects all seabirds.

While the ideology behind ecosystem-based management is strong, enforcing policy based on it is extremely difficult. The sanctuary is large, about the size as Puerto Rico, and policing the waters would require a fleet of ships that would be both a financial and logistical nightmare. The system is complicated, and Bowlby reiterates the maxim: “There is no easy solution.”

Perhaps that is why we cling to a single-species approach. It is easy to grasp, and people can actually track “success.”

Legislation, like ecosystems, is made up of its own threads. Cultural, ecological and even economic values intertwine in a tapestry of legislative framework. As species like the bald eagle start to have a greater and more devastating impact on their ecosystems, scientists and lawmakers must think of new ways to weave these threads together. For now, their challenge is to untangle the thread without unraveling the entire system.