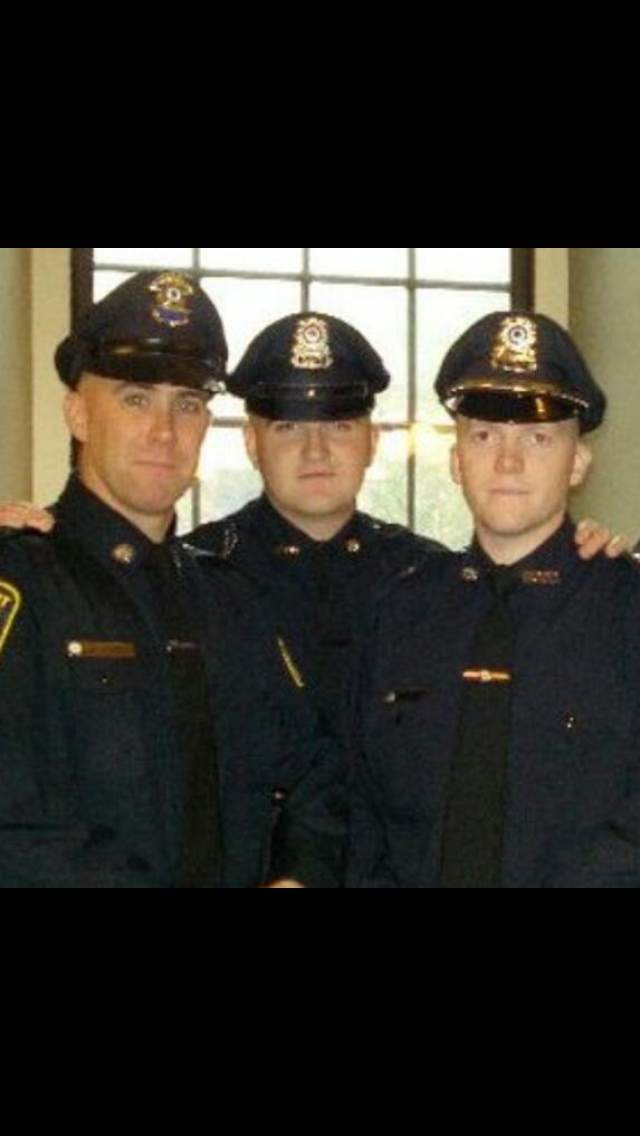 On Monday, Jenn Rogers, the sister of  MIT Police Officer Sean Collier, who was shot and killed while sitting in his squad car at 10:20 p.m. a year ago today, will be taking her place on the marathon starting line in Hopkinton, prepared to run 26.2 miles in honor of her brother’s life.

“Finishing will be a personal goal to myself,” Rogers said of crossing the finish line on Boylston Street.

Always known as the “family runner,” Rogers said it seems natural to run the 2014 Boston Marathon, which she thinks will be historic.

Rogers is running on “Team Collier Strong,” a group that includes the officer’s friends, Rogers’ friends, and her older brother, Rob. They are running for two causes: The Officer Sean Collier Self-Sponsor Scholarship, which will send awardees through the Lowell Police Academy, and The Hole in the Wall Gang, which provides enriching summer camp experiences for seriously ill children.

Collier would have wanted to be a part of this marathon, Rogers said. He would have cared about bringing the community back together and displaying Boston’s indelible strength.

“I’m also doing this for the other victims and survivors,” Rogers said. “To be a part of their support system and have them support us matters. I wanted to do something big and out-of-the-box the way Sean would do it.”

Collier, who as an auxiliary police volunteer raised money for breast cancer awareness, had a passion for doing good things for other people, Rogers said.

One MIT staff member always forgot an umbrella, so Rogers said her brother left one outside her door with a note.

He once adopted a cat he found on Craigslist named Ninja.

He thought the EMTs at MIT weren’t getting praised enough for their hard volunteer work, so he wrote to Police Chief John DiFava requesting that they receive some recognition, she said.

This past February, Collier got his wish, and the student-run ambulance service was awarded the first Collier Medal for embodying the spirit of the fallen officer.

Katherine Goldsmith, a 19-year-old Wellesley student and part-time EMT at MIT, is a part of the group of EMS volunteers who received the Collier Medal.

“He was really good at small talk,” Goldsmith said, describing how he introduced himself to her when she first joined EMS and didn’t know anyone. “Out of thousands of students, he always recognized me. He always remembered faces.”

Collier would hang out with the EMTs and play video games with them when they were off duty. He’d ask them about their classes, want to know about their projects, Goldsmith said. He also always went out of his way to follow the ambulance in his cruiser when EMS got calls.

The EMS ambulance was named for Collier, Goldsmith said. Her supervisor got license plate 179, his badge number.

Goldsmith said she honors Collier’s memory by simply being nicer to people — being more welcoming.

“He was so actively involved in student life in a way that was unusual,” Goldsmith said. “He wasn’t just another uniform.”

He was someone who loved to have fun, she said, but he put his job as a police officer first and foremost. He had always wanted to be a cop, she said.

“He put his heart and soul into it,” Rogers said.

Collier joined the auxiliary police as a teenager, she said, assisting the police department by patrolling the community and acting as extra “eyes and ears” for the department. At the time of his death, he had been preparing to join the Somerville Police Department—his lifelong dream. He was posthumously appointed a Somerville police officer in August, she said.

Some of her earliest memories of Collier are of him running around their front yard playing “cops and robbers,” or dressing up as a fireman. His respect for first responders was something he was born with, Rogers said, and he had a fierce love for the American flag.

“I remember him running around the yard yelling, “Stop in the name of the law!” and singing the Bad Boys theme song,” Rogers says with a laugh. “He loved the brotherhood of it all.”

Collier was also passionate about the outdoors, she said, and he joined MIT’s Outing Club during Winter School with gusto, quickly mastering the basics of mountaineering and winter hiking.

To train, he ran stairs with the club in full uniform—attracting the attention and laughs of many a passerby, Rogers said.

In the final Winter School challenge, Collier completed a grueling mid-winter climb of New Hampshire’s Mount Washington, the highest peak in the Northeast.

The outing club members also fondly mention how Collier always brought pepperoni on long hikes with him, according to their website.

“At the end of the day, he was still a goofball,” Rogers said with a laugh. “That’s how I’ll remember him.”

Though Rogers admits training for the marathon has been emotionally and physically grueling, she said her family has always stood for being able to “laugh and love” through the pain.

The family members take turns attending the many memorial events surrounding the Boston Marathon bombings and the anniversary of Collier’s death so that one person does not feel overwhelmed, Rogers said. It helps that her mom used to be a grief counselor. She encourages the family to be open with their sorrow, Rogers added.

“We’re all just going to take it as we can,” Rogers said, “But I’m proud to live in this city. I’m proud to show the world that we are not going to back down because of something so awful.”