Looking for answers at Kennedy’s home 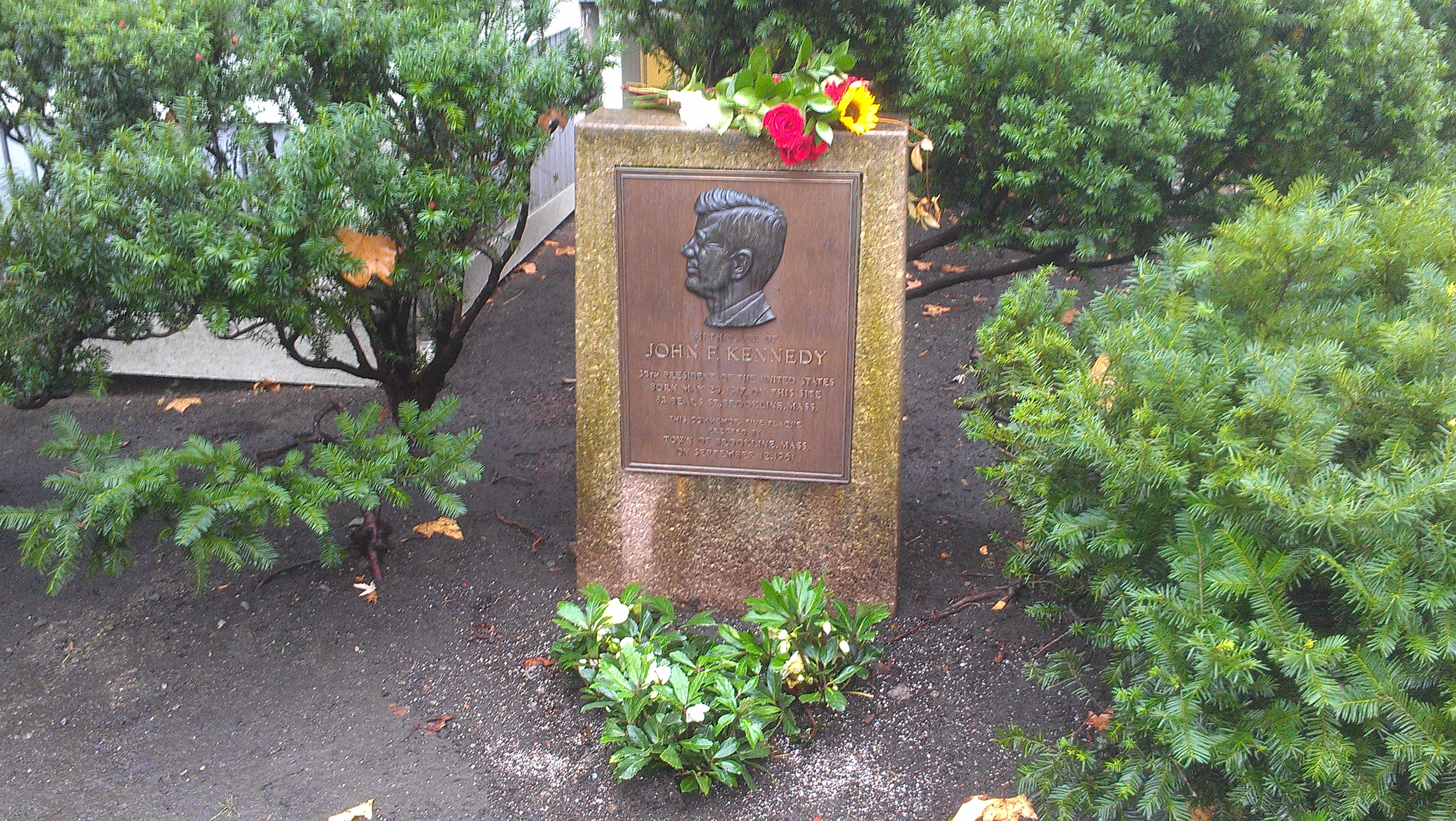 Fifty years after President John F. Kennedy’s death, Eric Cross looked for answers at the place of the president’s birth.

Cross stood on the porch of Kennedy’s boyhood home at 83 Beals Street in Brookline with a handheld JVC camera, an umbrella, and a handful of flyers printed on white printer paper. It was raining and men from Rent-A-Tent set up an awning in the back of the house. The stone memorial to JFK in front was topped with six red roses and one yellow sunflower and the American Flag flew at half staff.

Cross represented the organization Change Boston, a group dedicated to a variety of causes normally associated with libertarian groups, including ending the Federal Reserve and the general “societal dumbing down,” according to their meetup.com page. Cross wore a white baseball cap, a red tie, and a black leather jacket.

“I’m doing a localized poll of the lone gunman theory or if there was other involvement specifically info based on John Kerry’s recent statement that he has hard time believing that he acted alone,” said Cross. “I believe that Oswald did not act alone.”

In an interview with Meet the Press in early November, Secretary of State Kerry said that he had “serious doubts that Lee Harvey Oswald acted alone.”

Cross held his camera above his right shoulder and asked visitors if they believed in the lone gunman theory. One woman seemed to agree that Oswald did not act alone. Others did not respond and just took pictures of the house or bowed their heads in silence in front of the stone monument.

While there were sparse crowds at the house, Cross said he got good responses. “People have been very responsive. There have been good responses from both sides of the camp.” According to a Gallop Poll, 61% of Americans believe that Lee Harvey Oswald did not act alone.

Cross had questions himself. He cited Operation Mockingbird, the CIA campaign to control the media. “We had three news channels. We were being fed news from CIA agents,” he said. “It became the story and then it became the truth whether it is the truth or not.”

“We are about not just believing the mainstream media, but into personal investigation and looking into the facts and re-instilling that rugged individualism that made us great,” said Cross.

He waited, camera in hand, for two men who stood in silence front of the memorial, heads down in tribute to the fallen president.