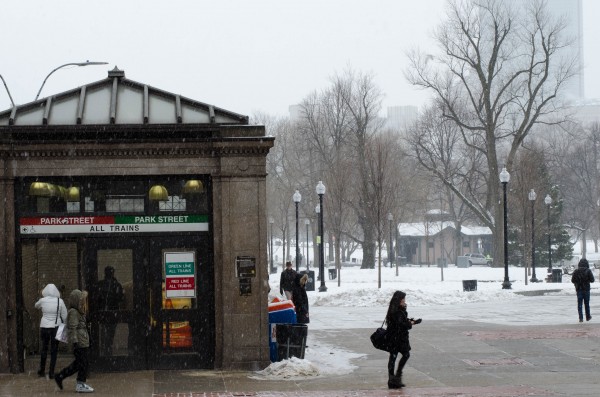 BOSTON —While Boston citizens stock their larders and prepare to stay indoors in advance of Tuesday’s blizzard, the city is doing all it can to ensure safety during a potentially historic snow storm.

“We are urging all Boston residents to take the storm very seriously as well. We’re asking everybody to play their part. Put public safety first. Stay off the roads as much as possible. Look out for your neighbors. Pay attention to the restrictions,” said Mayor Marty Walsh at a press conference on Monday.

Walsh announced that a 6 p.m. parking ban is in effect beginning Monday night on major roadways in the city and noted that cars not moved before 8 p.m. will be towed.

Some 250 sanders and 800 pieces of snow moving equipment will be in place for snow clearance during the storm. The city also has a verbal agreement from Logan airport to allow it the use of five portable snow melters.

Boston public schools will remain closed on Tuesday and Wednesday while MBTA services are suspended on Tuesday.

The Mayor’s Hotline will have extra staff over the next two days and citizens can call 617-635-4500 for snow removal requests. Walsh also urged the use of the Citizens Connect app during Monday’s press conference.